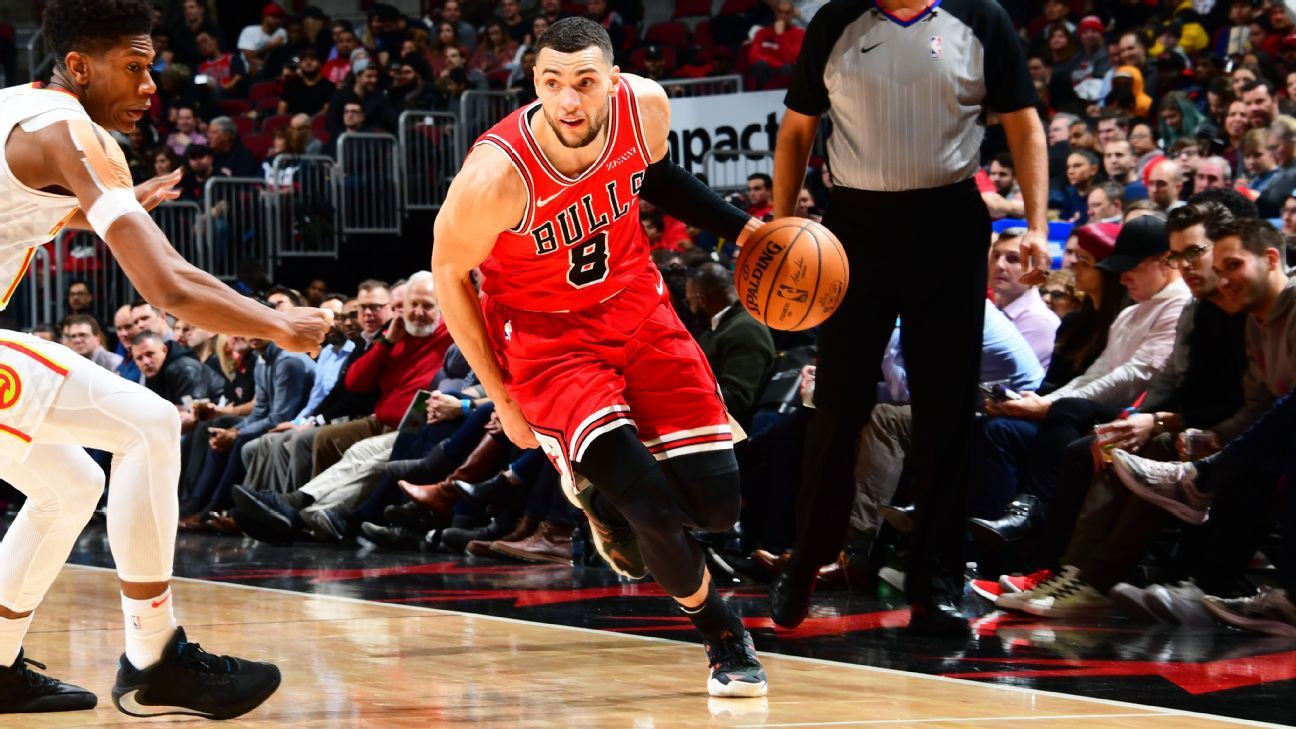 TOKYO — Zach LaVine is eligible for a contract extension with the Chicago Bulls in the next few days. He reiterated Monday that he wants to be rewarded for his All-Star level of play but will work with the team’s front office as it looks to use cap space for new talent.

“I just want my respect, that’s the main thing,” LaVine said Monday after practice ahead of Team USA’s quarterfinal game against Spain set for Tuesday.

“I outplayed my contract. I’ve been very loyal to Chicago. I like Chicago. I just want my respect. If that’s now or later, it’s something we’ve got to work out internally.”

LaVine’s situation is unique. The Bulls have the ability to create significant salary-cap space and are believed to be in the market for a point guard. One of their main targets is expected to be New Orleans Pelicans restricted free agent Lonzo Ball.

LaVine, 26, has one season left on his contract at $19.5 million. The Bulls are limited in how much they can extend for him based on that number, which at most would come out to a deal that could reach up to $105 million over four years. That figure, however, is likely below LaVine’s market value.

It is likely the only way LaVine would agree to an extension now, sources said, is if the Bulls invoke a rarely used provision where they can use cap space to increase LaVine’s salary for the upcoming season and then build a new extension off that number. A so-called “renegotiation and extension.”

It leaves the Bulls in a position where they might have to decide between upgrading the roster via free agency or securing their franchise player.

There is a third option: making deals to offload salary and clear additional cap space. This is probably the ideal scenario but also might be the most challenging — especially as the Bulls recently traded two first-round picks, assets often needed to reduce salary, in acquiring Nikola Vucevic.

Even as he’s playing for Team USA, LaVine is very aware of the scenario and will be watching closely. LaVine said he would be in contact with Bulls president Arturas Karnisovas and general manager Marc Eversley as the free agent process plays out and the team manages its options.

“Free agency is going to play a part [in an extension] with other players and constructing a roster,” LaVine said. “We’ll have some conversations going forward.”

If the Bulls don’t extend LaVine this summer, they will still have full rights to sign him to a deal next year, but he would hit the market as an unrestricted free agent.