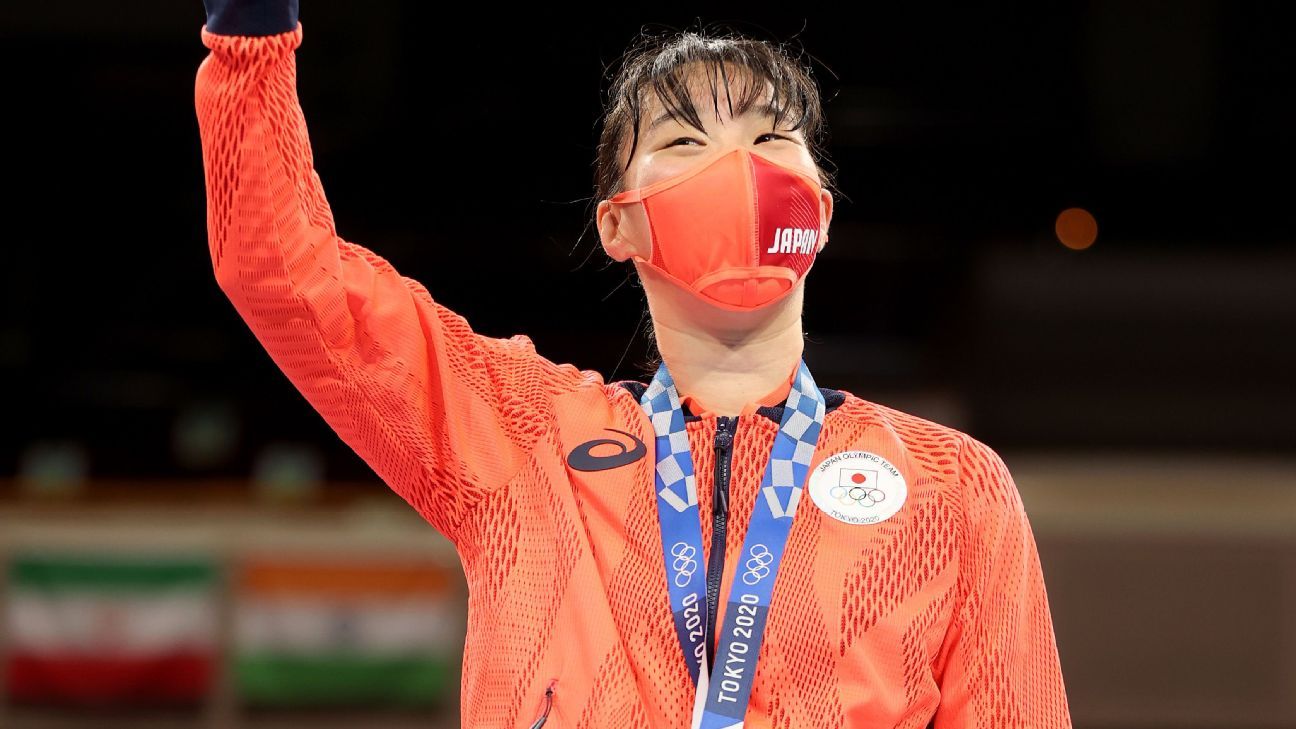 Sena Irie of Japan has claimed the first-ever women’s featherweight boxing gold medal with a unanimous decision over the Philippines’ Nesthy Petecio.

Irie became the first female boxer to win a medal for Japan when she secured the first gold of the Tokyo boxing tournament by sweeping the third round on all five judges’ cards at the Kokugikan Arena. Irie’s crisper punches won over the judges in a bout with plenty of clinching.

Petecio settled for the Philippines’ first boxing medal of any kind since 1996, but Manny Pacquiao’s home nation is in contention for at least two more medals in Tokyo.

Featherweight was one of two women’s weight classes added to the Olympics in Tokyo. The women’s field also was expanded to 100 fighters from 36 in its first two Olympics.