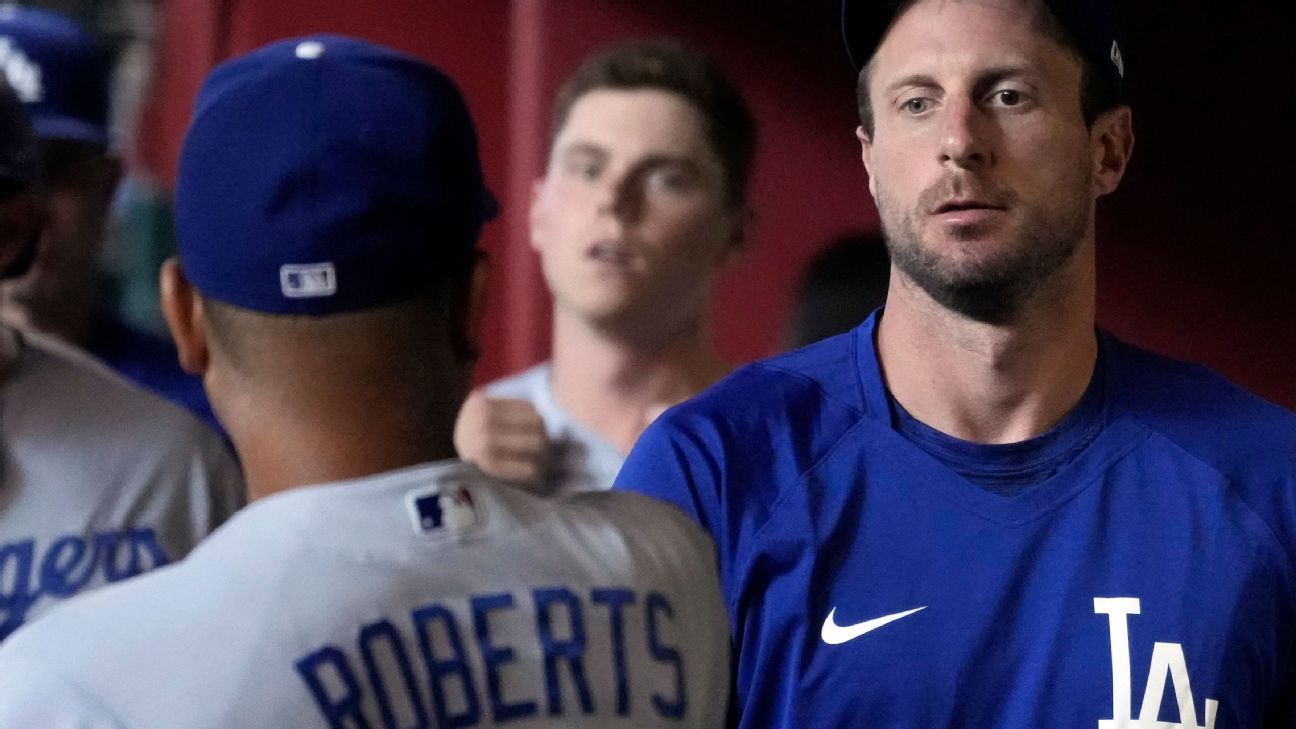 For a few hours on Thursday, it seemed as if Max Scherzer was headed to the San Diego Padres. Reports began to circulate at around 1 p.m. PT that the Padres were on the verge of acquiring the three-time Cy Young Award winner with a little more than 24 hours left before the trade deadline. Scherzer, who had accepted the fact that his time with the Washington Nationals was coming to an abrupt end, heard rumblings from teammates. But he hadn’t yet received a call from Mike Rizzo, the Nationals’ general manager.

“Rumors are rumors until you actually get the phone call,” Scherzer said. “The fact that Twitter was going off and I hadn’t gotten a phone call, I knew something else was probably in the weeds. That’s what it is. You can’t always fall for Twitter, but Twitter usually is pretty good.”

Roughly four hours later, the Los Angeles Dodgers emerged as a frontrunner to acquire Scherzer and his teammate, shortstop Trea Turner. By the end of the night, the deal was agreed to. On Friday, it was finalized. On Saturday, Scherzer joined the Dodgers in Phoenix. And on Wednesday, in the second of a highly anticipated two-game series against the Houston Astros, he’ll make his Dodgers debut.

“It’s fun to join these guys because we have a great chance to win,” Scherzer said, “but it’s gonna take a lot of work to get there. Nothing’s assured yet.”

Scherzer had the ability to veto any trade because of his 10-and-5 rights (10 years of major league service time, five consecutive years with the same organization). The Nationals’ 5-17 start to July gave Rizzo clarity that he needed to, in Scherzer’s words, “give a facelift to the organization to provide resources.”

Scherzer, 37, was “driving myself crazy” trying to decide his next course of action. Rather than selecting a team he wanted to be traded to, he provided a list of teams he would accept. Given that he would only be joining that team for two to three months, he wanted to ensure that he remained in the National League and that he pitched in a city with a warm climate. His last start for the Nationals came on Thursday afternoon, when he pitched six innings of one-run ball largely to alleviate industry concerns over the triceps issue that had forced him to skip a prior turn through the rotation.

On a bus ride back from Philadelphia later that afternoon, he received word he was heading to the Dodgers, the reigning World Series champions who lead the majors in run-differential but trail the first-place San Francisco Giants by three and a half games. Albert Pujols greeted Scherzer with a hug when he arrived in the clubhouse.

“Crazy,” Scherzer, speaking via video conference from Dodger Stadium on Tuesday, said of what the last week has been like. “Crazy’s the understatement, too. It was a lot easier before kids and dogs and everything, but now with three kids and four dogs, life’s a lot more hectic. We’re picking the circus up from D.C. and trying to get it to L.A. as soon as possible.”

Scherzer — whose acquisition became almost a necessity because of the uncertainty that surrounds Trevor Bauer and his alleged sexual assault — joins a clubhouse that includes Clayton Kershaw, Mookie Betts, Cody Bellinger, David Price and Pujols, a sextet that has combined for six MVPs and seven Cy Young Awards.

From 2013 to 2021, Scherzer has accumulated 131 wins, three Cy Young Awards, eight invitations to the All-Star Game and a 2.86 ERA. Scherzer leads the majors in FanGraphs wins above replacement during that nine-year stretch with 48.4. Right behind him is Kershaw, who’s rehabilitation from a strained forearm has hit something of a lull, with 45.4.

“Obviously what he’s done in his career, it’s remarkable,” Scherzer said. “We came from the same draft class [in 2006], and everything he’s accomplished — it’s been great to compete against him. You push yourself to try and match what he can do. The fact that we’re now gonna be on the same team and get to compete for the same prize — I’m sure, as this keeps going along, we’ll be able to share more tips and tricks and just recognize different situations about how we both have evolved over the years of how we see the game now and how we can pitch around things.”

Scherzer comes to the Dodgers at the tail end of a seven-year, $210 million contract he signed with the Nationals in January of 2015. Scherzer’s performance somehow exceeded the expectations that came with that contract. The culmination came in 2019, when the Nationals defeated the Astros for the franchise’s first and only World Series championship. Scherzer’s departure now signals a drastic transition for the Nationals.

“The flags fly forever,” Scherzer said. “Everybody’s time in D.C., everybody’s hard work is to have the banner there. That’s something we’ll always remember. Happy I was a part of it, to be on those teams that were in the postseason but finally be on the team to punch it all the way through. At the end of the day, that’s why we play the game — to win the World Series.”