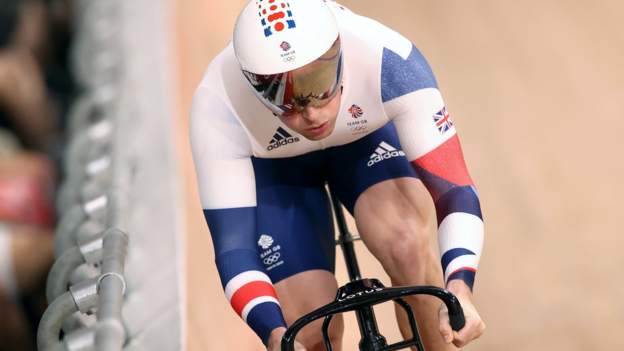 Jason Kenny started the defence of his Olympic sprint title with three victories in the opening rounds, as team-mate Jack Carlin also progressed.

Katy Marchant will also be in quarter-final action, having advanced in the women’s keirin.

But she had to go through the repechage after being relegated.

The individual sprint bronze medallist from Rio 2016 was ruled to have deviated from her racing line.

Kenny, the 33-year-old two-time defending champion in the sprint, is chasing his seventh Olympic gold and ninth medal in total.

Earlier on Wednesday, Great Britain recovered from Tuesday’s disappointment in not reaching the team pursuit final to set a new national record of 3:45.636 in the race for seventh place.

The Team GB line-up of Ethan Hayter, Charlie Tanfield, Ethan Vernon and Ollie Wood – all making their Olympic debuts in Tokyo – missed out on a place in the medal races after a controversial crash during their semi-final against Denmark.