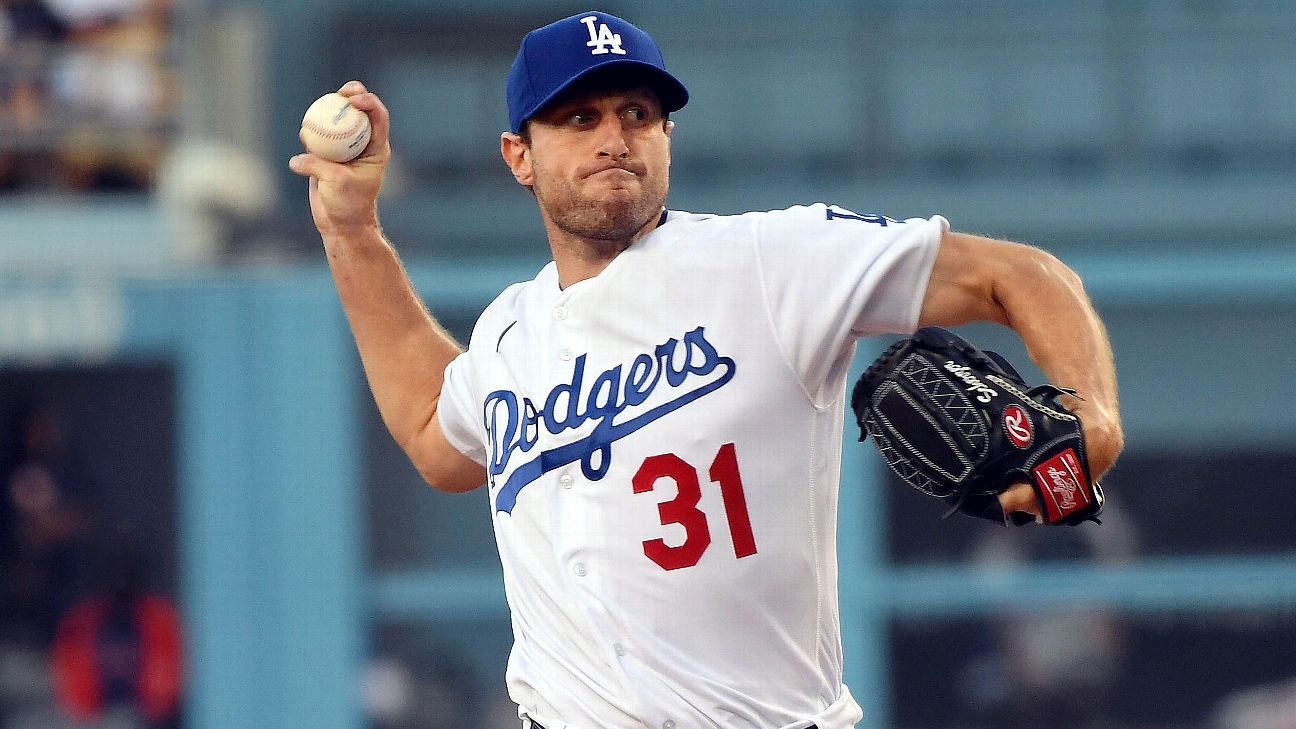 It was, in other words, as advertised.

Scherzer pitched seven innings of two-run ball against the high-powered Houston Astros on Wednesday night, scattering five hits, issuing one walk and striking out 10 batters while propelling the Dodgers to a 7-5 victory against a team reviled by most of L.A.

Scherzer — pitching in front of another electric, hostile, sold-out crowd at Dodger Stadium — allowed a first-inning home run to Michael Brantley but quickly settled in thereafter, retiring the next nine batters in order. He began the seventh inning with 89 pitches and promptly walked Kyle Tucker, but he came back to retire Robel Garcia and Jason Castro.

His 109th pitch was a 96 mph fastball past a swinging Chas McCormick, ending the half inning and bringing 52,274 fans to their feet begging for a curtain call. Scherzer obliged by stepping out of the third-base dugout and waving.

Scherzer, 37, got 10 swings and misses on a fastball that averaged 95.2 mph, his highest average fastball velocity of the season, and recorded the 102nd double-digit-strikeout game of his career, fifth most in major league history. His ERA is now at 2.75 through 118 innings in 2021.

An inning after Scherzer exited, Joe Kelly, who put himself in the thick of this rivalry by throwing near Carlos Correa‘s head last season, handed Altuve his fourth strikeout of the game, much to the delight of the Dodgers fans in attendance. It was only the second four-strikeout game of Altuve’s 11-year career.

The Astros quickly cut their deficit in half against Dodgers closer Kenley Jansen in the ninth, getting a two-run home run from Kyle Tucker with nobody out. But Jansen came back to retire Garcia, Castro and pinch-hitter Jake Meyers, giving the Dodgers their 65th win this season. The Astros and Dodgers split their four-game series this season, and the Dodgers outscored them by only three runs.