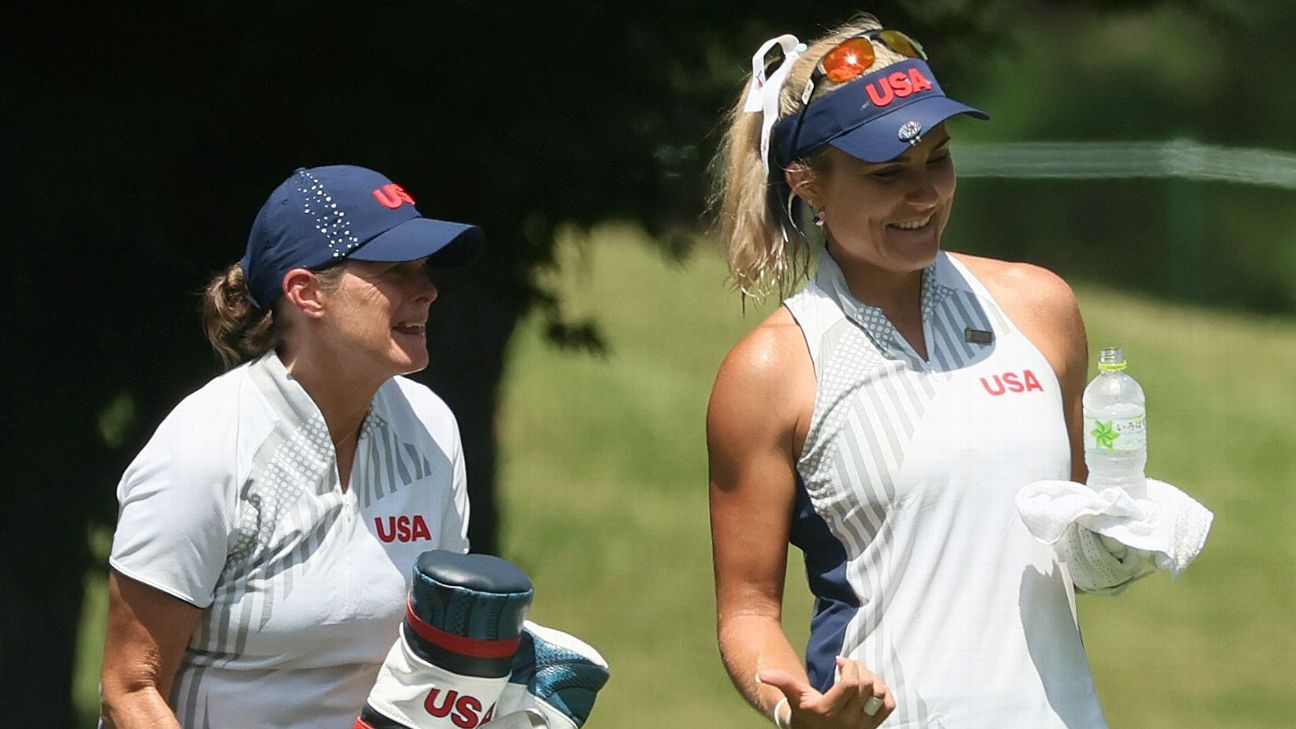 Lexi Thompson had a new caddie on her bag for the second round of the women’s golf tournament at the Tokyo Olympics on Thursday: Drew Hinesley.

Hinesley, who was in Tokyo working with NBC, took over because Thompson’s regular caddie, Jack Fulghum, suffered from heat exhaustion and dehydration during the first round and had to exit during the back nine at the Kasumigaseki Country Club on Wednesday.

Hinesley has caddied on the PGA Tour, and he caddied for then-American amateur Bryson DeChambeau during the 2016 Masters.

During the first round, Fulghum stopped walking on hole No. 15 and looked at Thompson, asking, “Do I look white to you?” Team USA’s Thompson said she realized that something wasn’t right.

Thompson, who was three-over after 14 holes, told Fulghum to sit.

“He like never quits,” Thompson said. “He didn’t go down. I just told him to sit down… I was so worried about him, and I mean, it’s so hot out there.”

Not long after, medics rushed over to Fulghum and started hydrating him and cooling him with ice. During the first round, the temperature reached in the high 90s with minimal wind. It was reported to feel like 105 degrees.

Shortly after Fulghum exited Thompson’s bag, Donna Wilkins, the LPGA director of player services, replaced him. On the last four holes, Thompson made three birdies and finished with a bogey, penciling a round 1 over par.

Despite her streak of birdies, Thompson said she was completely thrown off because Fulghum does everything for her, including carrying her yardage book and calculating her own numbers out on the course.

“It ended up working out,” Thompson said. “His health is No. 1 so that’s all that matters.”

Thompson said after her first round she is uncertain about the status of Fulghum and whether he will be able to continue on her bag throughout the duration of the event.

“I hope that he gets healthy… his health is the main concern right now. So, if he can’t, I’ll just find a local, figure out how to read a yardage book. I had no idea the last few holes,” Thompson said.

England Sense Lead Despite Three Pakistan Centurions In First Test
Inside the one-year makeover of Lincoln Riley’s USC
Giroud makes history, Mbappe stuns as France advance, but will injuries cost them the trophy?
Scheffler within 1 of Hovland in chase for No. 1
How Rohit Sharma’s Wife Ritika Sajdeh Reacted As India Skipper Came Out To Bat With Injured Thumb