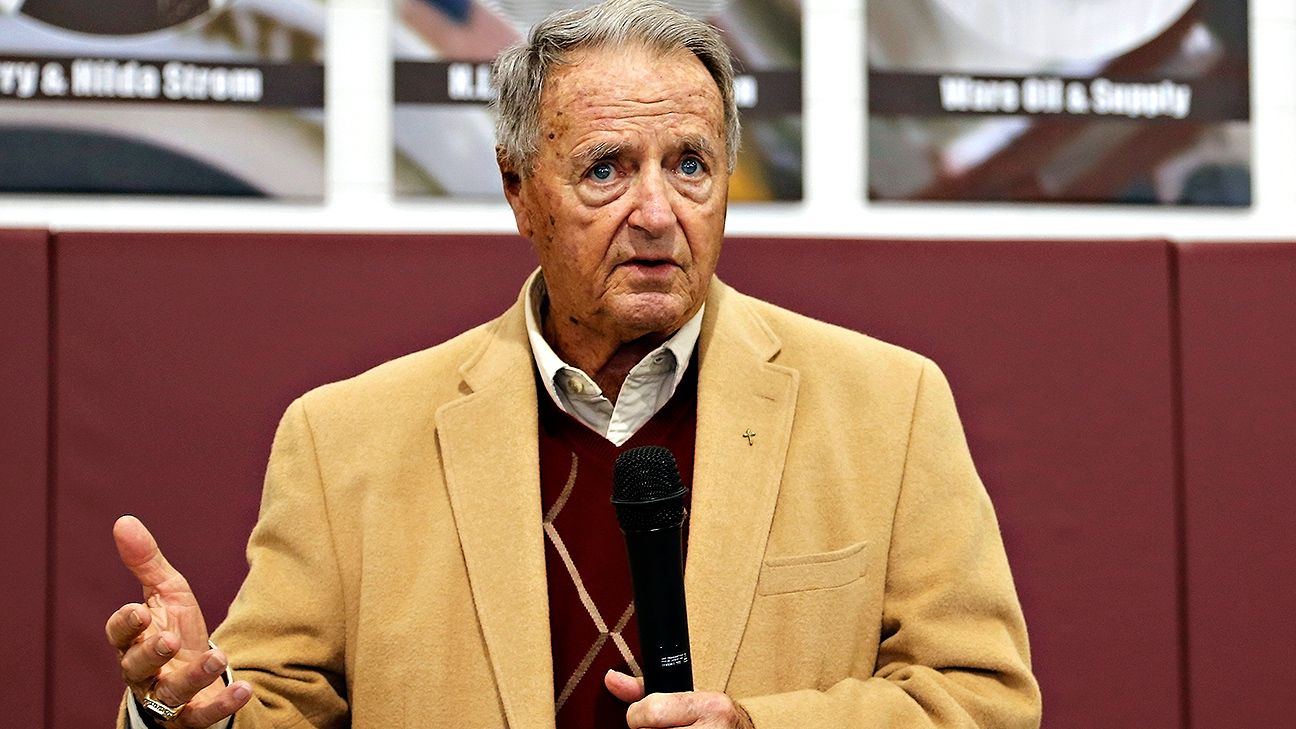 UL-Monroe coach Terry Bowden has left the team to be with his father, Hall of Fame coach Bobby Bowden, who has end-stage pancreatic cancer.

The Bowden family announced last month that Bobby, 91, was battling a terminal illness, and Terry Bowden confirmed it was pancreatic cancer. Bobby Bowden led Florida State to national titles in 1993 and 1999, and recorded the second-most wins in Division I history with 357.

Terry Bowden is entering his first season at ULM. He previously served as an FBS head coach at Akron and Auburn.

“There’s a spiritual side of me that thanks God for all the good times I’ve had with my father,” Bowden told the [Monroe] News-Star. “We’ve known for a couple weeks that it was terminal. As it gets closer, we’re thankful that it hasn’t been a difficult or painful process for him. The knowledge that with Rich here and us being close, I have no problem turning it over to him because he’s done it almost as long as I have. I’m comfortable enough in my shoes to let him step in and know that our program will run smoothly.”