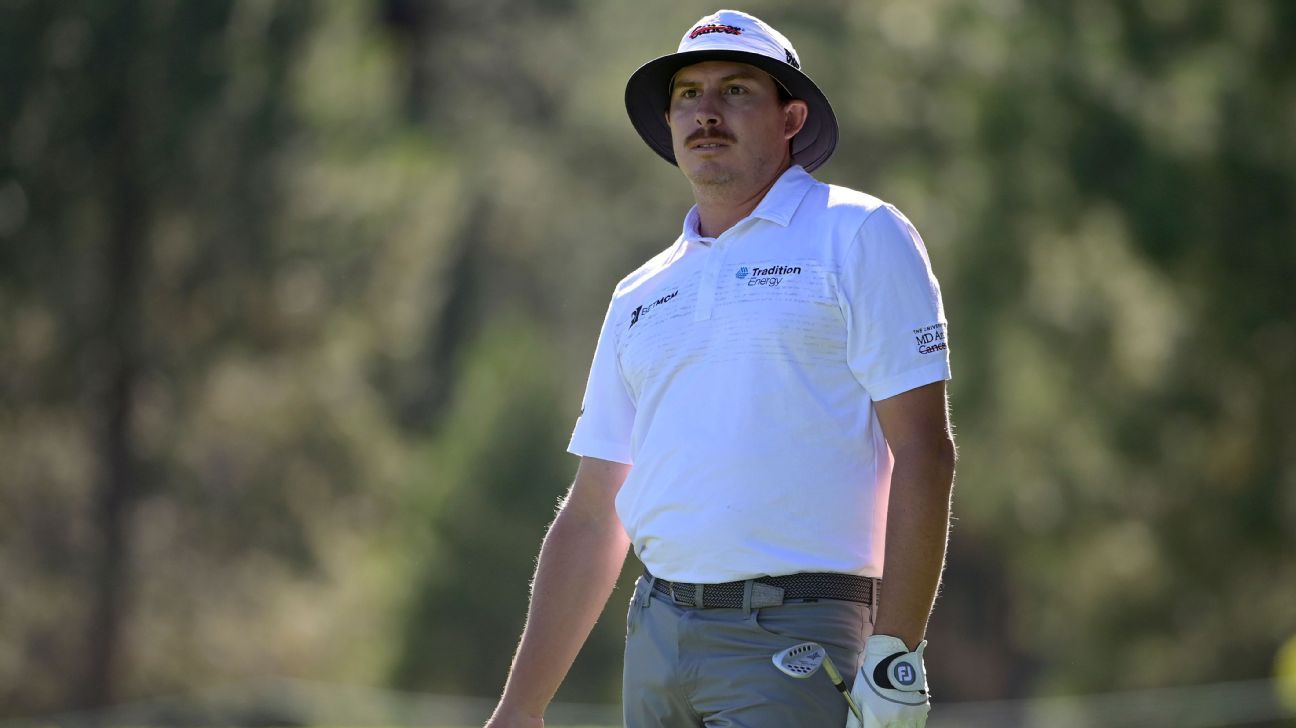 TRUCKEE, Calif. — Joel Dahmen scored 16 points with eight birdies in a bogey-free round Thursday to take the first-round lead in the Barracuda Championship, the only PGA Tour event that uses the modified Stableford scoring system.

Players receive 8 points for an albatross, 5 for eagle, 2 for birdie and 0 for par. A point is subtracted for a bogey, and 3 points are taken away for a double bogey or worse.

“It was the best I could have done today, probably,” Dahmen said. “I made every putt. Yeah, it’s tough at altitude sometimes. You don’t really know what you’re doing out here. It’s all guess. With the wind blowing the way it was, I didn’t have a number in mind or anything, but I hit some bad shots that turned out great, hit some good shots that turned out good, and my ball just found the hole today.”

Stephan Jaeger of Germany was second with 14 points. He eagled the par-4 eighth and par-5 12th on Tahoe Mountain Club’s Old Greenwood Course.

“Obviously, in this format eagles really catapult you forward, five points,” Jaeger said. “One was a 3-footer on eight. I hit it on the green and it was pretty short. The other one … I made like a 25-footer.”

Scott Harrington was third at 13, Michael Thompson and Emiliano Grillo had 12, and Roger Sloan 11.

The winner will earn a spot in the PGA Championship next year but not the Masters because it is held opposite a World Golf Championship — the FedEx St. Jude Invitational in Memphis, Tennessee.

Dahmen won the Corales Puntacana Resort & Club Championship in March in the Dominican Republic for his first PGA Tour victory. That tournament also was played opposite a WGC event, the Dell Technologies Match Play.

Dahmen had an unexpected birdie on the par-4 16th.

Players are fighting for spots in the FedEx Cup standing, with the top 125 after the Wyndham Championship next week earning spots in the playoff opener at Liberty National. Twenty of the 25 players between Nos. 126-150 are in the field.

The three Olympians in the field — Mito Pereira of Chile, Rafael Campos of Puerto Rico and Thomas Pieters of Belgium — are playing together the first two rounds.

Pereira, a three-time winner on the Korn Ferry Tour this year who was in the playoff for the bronze medal, had a seven-point day. Pieters had three points, and Campos was at minus 4.

John Daly was last in the 132-player field at minus 9.

After missing World Cup and struggling for form, Matthew Hoppe’s focusing on what he can control
NHL All-Star skills predictions: Fastest skater, hardest shot, outdoor events
Lightweight Lee agrees to exclusive deal with UFC
McGregor books UFC return, to be TUF coach
Middleton to step down from England after 6N