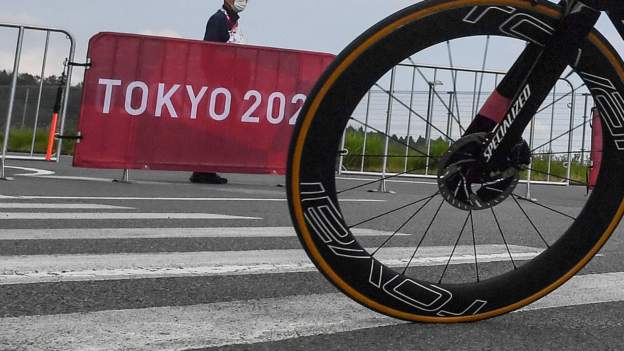 A German cycling boss who made racist comments at Tokyo 2020 has been suspended until the end of the year.

Patrick Moster, sports director of the German Cycling Union, was sent home after he was caught making the remarks during the men’s road time trial on German TV.

Governing body the UCI had handed out a provisional suspension before this ban.

Moster will not be able to participate in competitions in any capacity under the ban, which runs until 31 December.

“The UCI condemns all forms of racist and discriminatory behaviour and strives to ensure integrity, diversity and equality in cycling,” the UCI said in a statement.