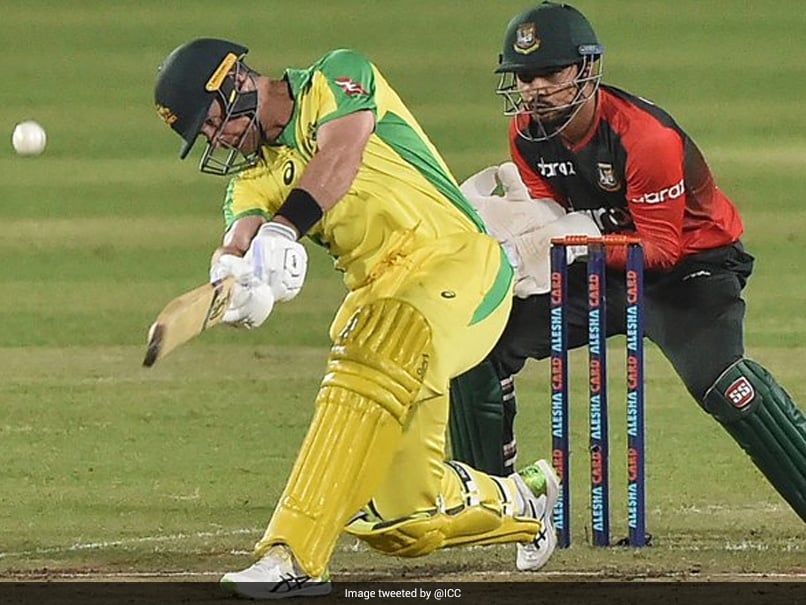 Dan Christian smashed 39 and spinner Mitchell Swepson returned figures of 3-12 as Australia edged out Bangladesh by three wickets for a consolation Twenty20 victory on Saturday. Chasing 105 for victory, Australia depended on Christian’s 15-ball blitz and Ashton Agar’s 27 to achieve their target in 19 overs of the fourth match in Dhaka. Bangladesh, who sealed their first ever series win over Australia after winning the third match on Friday, lead the five-match series 3-1. Christian, who came in at number three ahead of the in-form Mitchell Marsh, hit five sixes off a Shakib Al Hasan over to set the chase in Australia’s in a low-scoring contest after Bangladesh managed 104-9.

“The way Dan played, it can be the difference between winning and losing games,” said skipper Matthew Wade.

“We knew he is a terrific hitter from ball one. It would have been nice to get some runs from a few players including me.”

Number eight Agar then hit a crucial cameo off 27 balls and after his dismissal Ashton Turner and Andrew Tye took the team home.

Australia’s decision to include leg-spinner Swepson and Tye in the team reaped results with the bowlers sharing six wickets between them.

Pace bowler Josh Hazlewood did the early damage after sending back Soumya Sarkar for eight and star batsman Shakib caught behind for 15.

But it was man of the match Swepson’s successive strikes to dismiss skipper Mahmudullah Riyad and wicketkeeper-batsman Nurul Hasan, both on nought, in the 11th over that rattled Bangladesh.

Afif Hossain (20) and Mehidy (23) helped take the total past 100 but Tye struck thrice with his medium-pace bowling to keep Bangladesh in check.

Shoriful Islam, who has been reprimanded by the International Cricket Committee for his aggressive celebration after dismissing Mitchell Marsh in his team’s previous match, was out on the final ball of the Bangladesh innings.

The fifth T20 is on Monday.