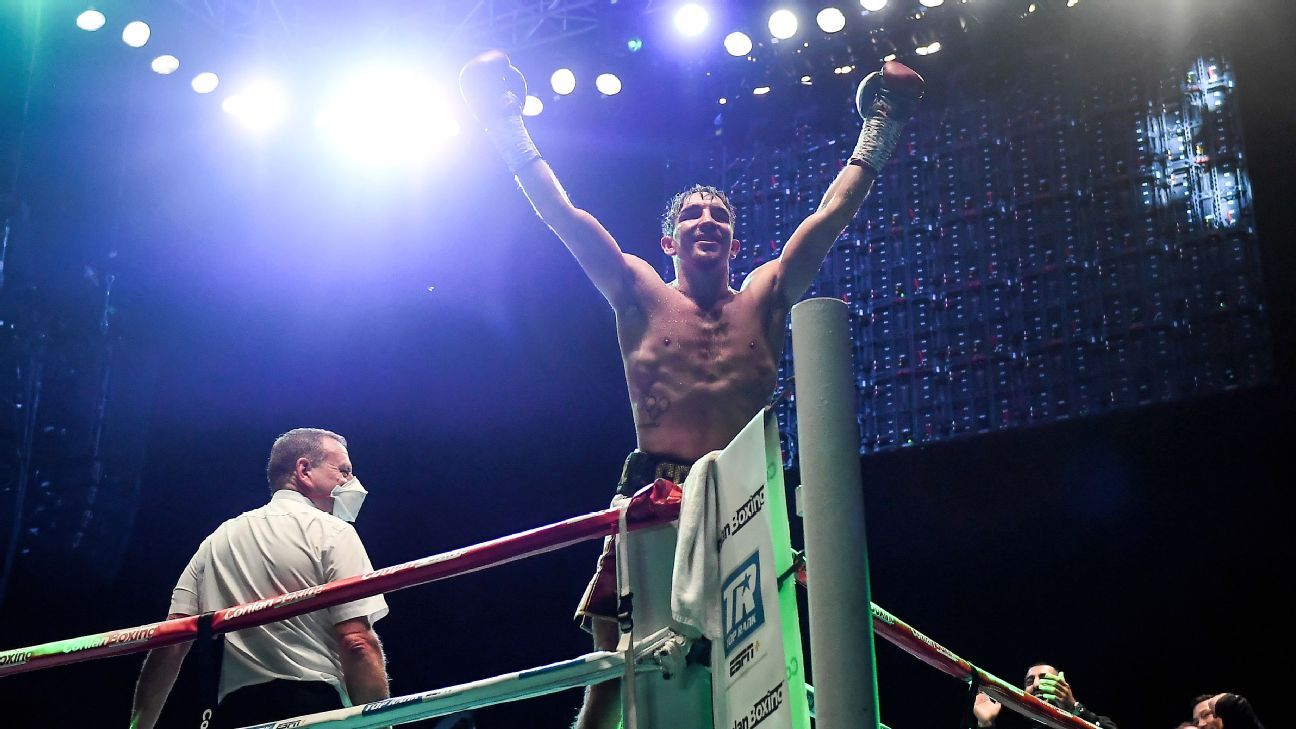 Conlan (16-0, 8 KOs), 29, of Belfast, now holds the third-most-valuable featherweight belt of the WBA governing body. Leo Santa Cruz of Mexico is the WBA “super” champion but has not defended the featherweight belt since February 2019, while England’s Leigh Wood stopped China’s Xu Can in the last round for the WBA “regular” world title last Saturday.

But Conlan is also ranked No 1 with the WBO at junior featherweight, and is due a mandatory shot at that world title at 122 lbs. Friday’s victory means he also now has a choice of weights to go for his first world title.

“It’s not even about the belt, it’s about the atmosphere, nothing can create an atmosphere like Belfast,” Conlan said. “It was an honor to share the ring with TJ. I knew I would get him to the body, but I knew it would go to points because TJ is a tough motherf—er. I thought it was a mature performance against a former world champion. I’m really happy.

“I’m planning to fight at 122 pounds, this opportunity came up and I said no problem. I’m still looking to fight the winner of [WBO world bantamweight champion] Stephen Fulton versus [WBC and WBA champion] Brandon Figueroa [who fight on Sept. 11].

“Now my options open up even more. I wouldn’t mind doing both.”

It was just the result Conlan needed after his progress toward a first world title attempt was delayed by an ankle injury sustained last year, and then an unconvincing majority points win in his last fight over Romania’s Ionut Baluta in April.

Doheny (22-3, 16 KOs), 34, who made one defense of the IBF junior featherweight title in 2019 before being beaten by Daniel Roman, is from Portlaois in the Republic of Ireland but is based in New South Wales after starting his professional career in Australia in 2012. This was Doheny’s first professional fight in Ireland, but he was given a hostile reception in Conlan’s backyard for his first fight since an eight-round points loss to Baluta in March 2020.

Conlan, who won bronze at the 2012 Olympics and trains in England, landed the cleaner punches early on but still finished the second round with a bloody nose. Doheny, who moved to Australia in 2008 before turning professional in 2012, could not pin Conlan down in the third round despite trapping him in the corner.

Conlan worked well to the body on the inside and then showed quick hand speed later in the third as he began to look more comfortable. Conlan finished the fourth in command too, when a right hook left Doheny taking a backward hop on the bell.

Doheny was in more trouble in the fifth when he touched down with a knee for a count after being hurt by a body shot. Conlan then tried to finish it amid a fierce attack, but he was met with some gritty and brave resistance from Doheny, who ended the round firing back. Conlan persisted with the right to the body, but his punches did not disturb Doheny in the following rounds.

Conlan was too slick, but fellow southpaw Doheny ensured he was not dominated and kept on the front foot until the end. The 11th had good moments from both boxers and was great entertainment. Conlan tried to produce the knockout finish to satisfy a raucous crowd in the final round, but Doheny kept firing in a 12th-round slugfest.