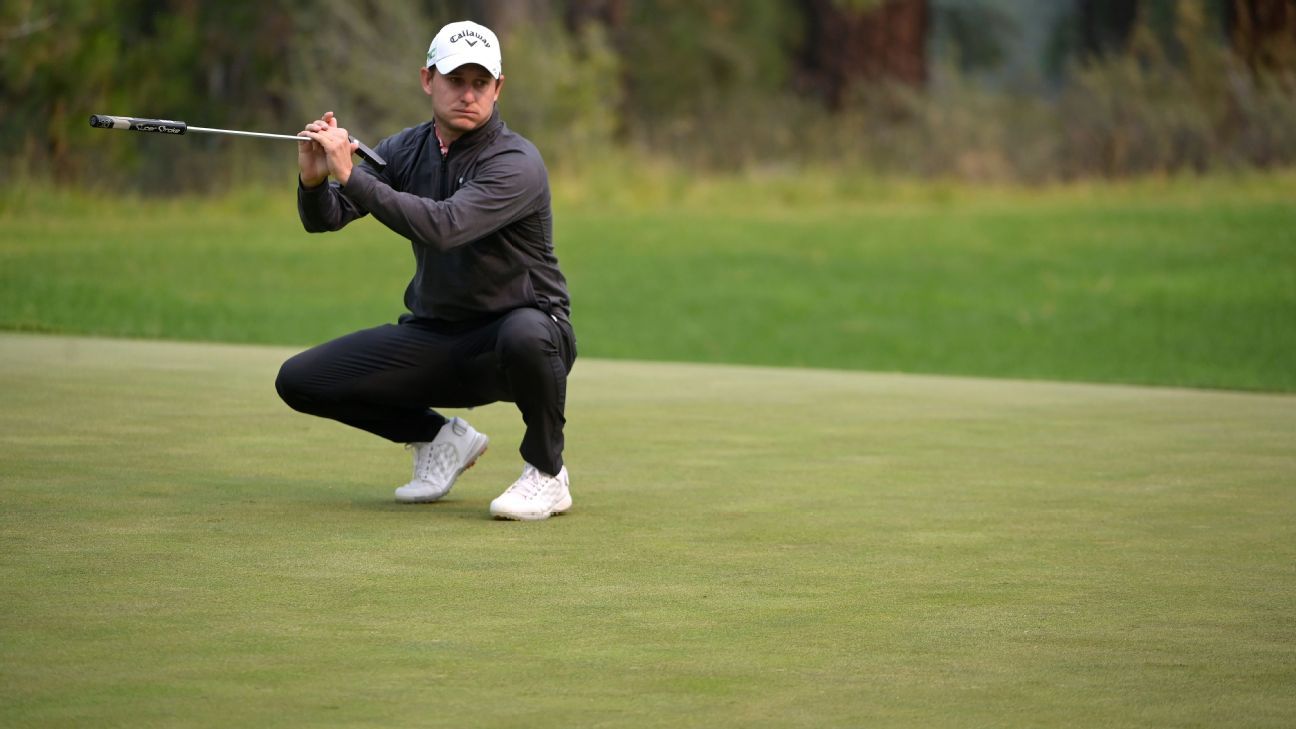 TRUCKEE, Calif. — Emiliano Grillo had an early eagle in a 17-point round in smoky conditions Friday to take the second-round lead in the Barracuda Championship, the only PGA Tour event that uses the modified Stableford scoring system.

Players receive eight points for an albatross, five for eagle, two for birdie and zero for par. A point is subtracted for a bogey, and three points are taken away for a double bogey or worse.

“Left a lot of putts short today,” Grillo said. “It could have been really good out there. Hit the ball well. Kept the ball in the fairway. Gave myself chances for eagles on the par 5s, which is kind of the key for this format.”

Adam Schenk was two points back after a 19-point day. He eagled the par-5 sixth.

“Just really have been driving the ball really well the last couple of days,” Schenk said. “Make a few putts, hit a few wedge shots close. Take care of the par 5s. It’s definitely out there for you.”

First-round lead Joel Dahmen was three points back at 26 after a 10-point round. Andrew Putnam, Scott Piercy and Scott Harrington had 25 points, with Piercy 144th and Harrington 176th in the race for FedEx Cup playoff spots and PGA Tour cards.

“I feel like my game’s pretty good right now,” Piercy said. “Putter feels good. I feel like I’ve got control of my golf swing. Equipment’s right. I’ve got to go put it together.”

The smoke from wildfires made it difficult to see balls in flight.

“You couldn’t really see the ball in the air very well,” Piercy said. “But you could see it take off and some holes you could see it land and roll. But the nice thing was the wind stayed down because it was down in the morning.”

Grillo scored nine points on the first three holes, birdieing the par-4 first, making the eagle on the par-5 second and adding a birdie on the par-3 third.

“It was super cold in the morning,” said Grillo, 49th in the FedEx Cup standings. “Just trying to hit it as long as you can. Trying to stay warm. And I was able to start with … like nine points. That was key. When you are going off on a good day you want to start good the next round. And I was able to do that today.”

The winner will earn a spot in the PGA Championship next year but not the Masters because the event is being played opposite a World Golf Championship — the FedEx St. Jude Invitational in Memphis, Tennessee.

Defending Richy Werenski was tied for 10th with 19 points.

The top 125 in the FedEx Cup standings after the Wyndham Championship next week will earn spots in the playoff opener at Liberty National.

The three Olympians in the field — Mito Pereira of Chile, Rafael Campos of Puerto Rico and Thomas Pieters of Belgium – played together the first two rounds. Pieters had 12 points, while Pereira and Campos missed the cut.