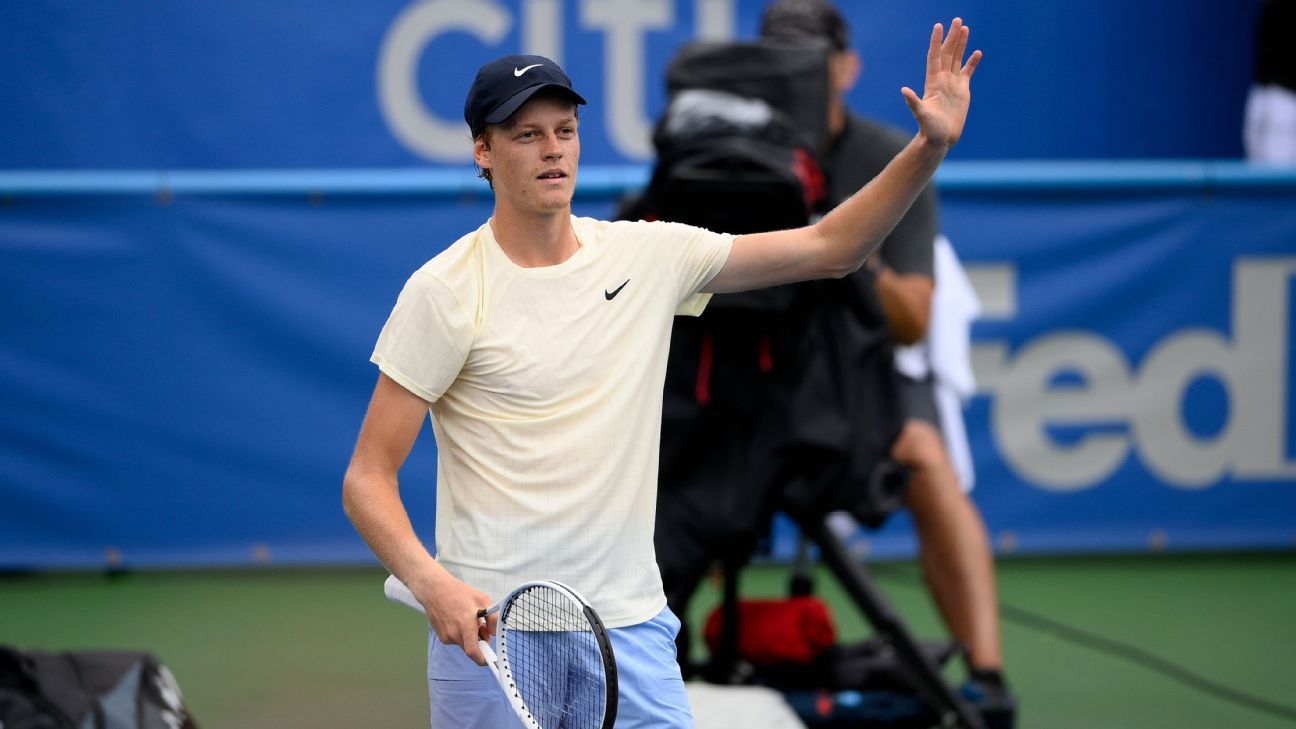 WASHINGTON — Jannik Sinner arrived at the Citi Open on a four-match losing streak. Now the 19-year-old from Italy is one victory from becoming the tournament’s youngest champion since 2008.

The fifth-seeded Sinner reached his fourth ATP final and stopped the run of 20-year-old Californian Jenson Brooksby by beating him 7-6 (2), 6-1 on Saturday at the hard-court tuneup for the U.S. Open.

Sinner was the only seeded player to reach the semifinals in Washington. The last teen to win the event was Juan Martin del Potro in 2008, a year before he won his only Grand Slam title in New York.

On Sunday, Sinner will face 2015 champion Kei Nishikori or Mackenzie McDonald. Nishikori, who owns 12 titles and was the runner-up at the 2014 U.S. Open, last reached an ATP final in 2019; McDonald never has been that far at a tour-level event.

On Saturday, Brooksby moved to the verge of grabbing the opener, holding three set points when he was up 6-5 and got to love-40 while Sinner served.

But right there is where Brooksby faltered for really the first time all week, suddenly deserted by the backhands and drop shots that have been been the bedrock of his success during a breakthrough season in which he raised his ranking from outside the top 300 to 130th.

In the ensuing tiebreaker, Sinner was by far better. Brooksby’s mistakes continued to mount.

The American tried a drop shot that Sinner got to and tapped over the net for a winner to begin things. The set, the first one Brooksby lost in five matches, concluded with a drop shot into the net.

The denouement perhaps reflected the gulf in experience that favors the younger of the two. Brooksby had appeared in a total of nine ATP matches before Monday, 80 fewer than Sinner, who already has been to the French Open quarterfinals — he lost to 13-time champion at Roland Garros each of the past two years.

Sinner never faced a break point and went ahead 3-1 when another drop shot by Brooksby wasn’t as effective as he would have liked, eventually leading to a game-ending overhead winner.