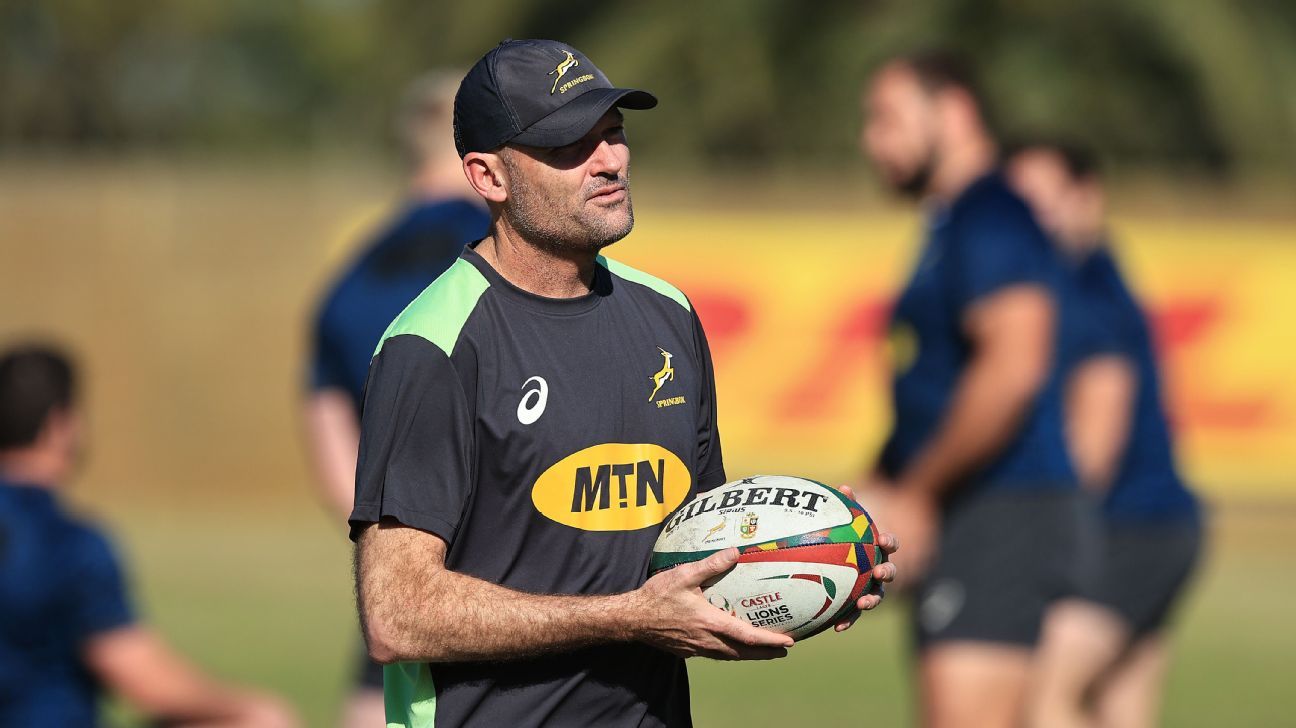 South Africa coach Jacques Nienaber hailed nerves of steel from flyhalf Morne Steyn as his “fairy-tale” return to the Springbok team led to the penalty that won the series against the British & Irish Lions, a repeat of his feat from 12 years before.

The 37-year-old Steyn came off the bench to kick the winning points two minutes from the end of Saturday’s bruising 19-16 victory over the Lions that saw the world champions to a 2-1 series victory.

It was his first test in five years and his return to the squad surprised many, but he was rewarded for good domestic form and his exceptional calm under pressure.

“I’ll be honest, I was sitting with my head between my legs, I didn’t see the penalty,” Nienaber told reporters. “I’m happy for him in terms of having the opportunity to play again. It’s a fairy-tale 12 years on.”

Steyn had replaced Handre Pollard, who had an off-day with the boot, and Nienaber admits his selection for the match-day 23 was touch and go with Elton Jantjies having been second-choice for the last few years.

“Morne’s selection was an hour-long discussion from the coaches between the two players (Steyn and Jantjies). But we felt his experience in this particular environment was the key.

“But hats off to Elton, we have got three unbelievable flyhalves and he could not have been a better during the week in terms of preparing us for (the attacking threat of Lions flyhalf) Finn Russell.”

Nienaber was appointed in January 2020 after the Boks had won the World Cup a few months before and had expected 13 tests in the build-up to the Lions series.

That was eventually cut down to just one, against Georgia, due to the COVID-19 pandemic.

The squad also had to deal with a COVID-19 outbreak that left leading players unable to train, and Nienaber himself confined to his hotel room, giving them just a few training sessions before the first test.

“But we believe there is no time for excuses, you have to move on and make another plan and that is what we did.”