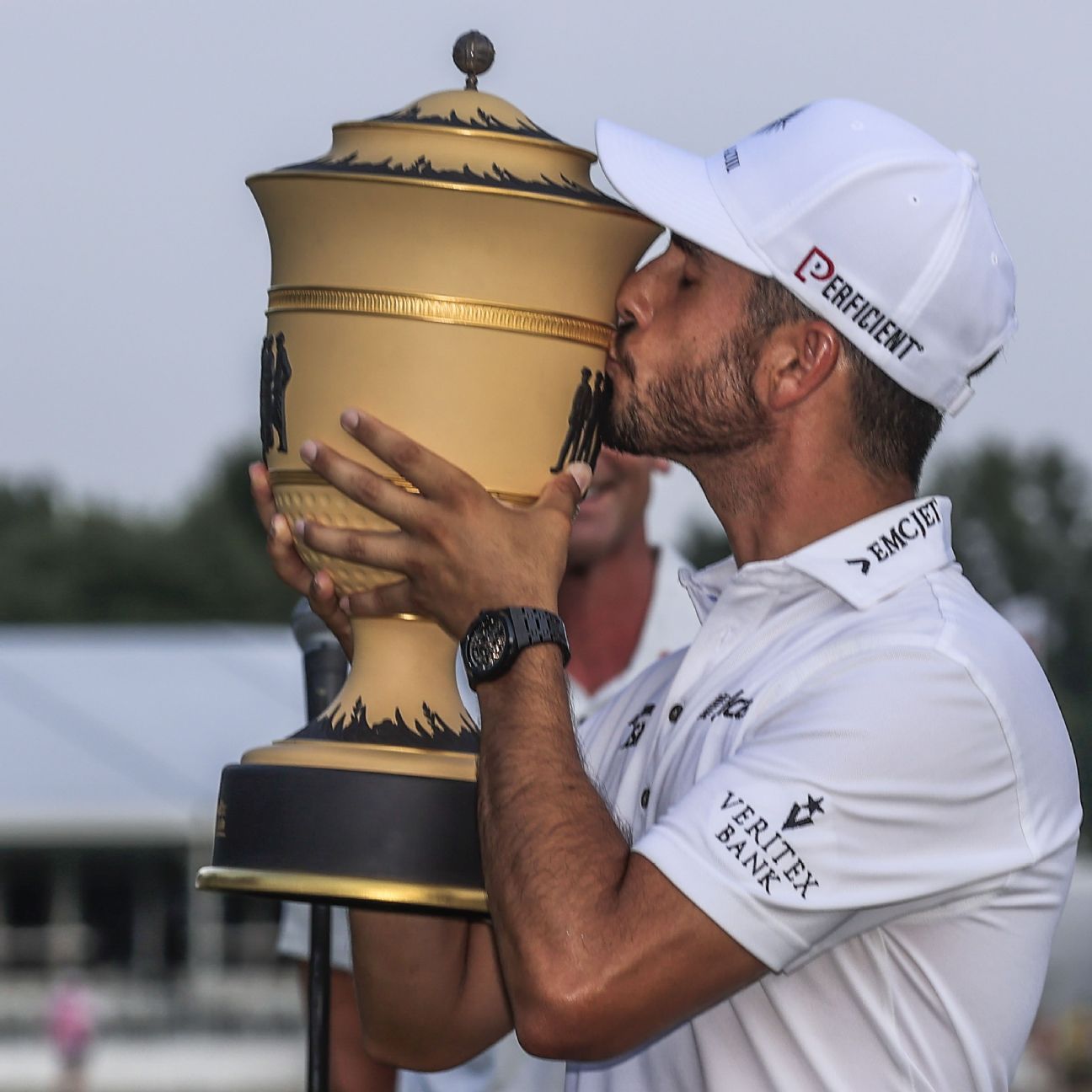 Ancer won the World Golf Championships event at TPC Southland after Burns’ 5&#189-foot putt — on the same line as Ancer’s — lipped out.

“This is surreal,” said Ancer, the 30-year-old former University of Oklahoma player who was born in McAllen, Texas. “I felt I left so many shots out there on the back nine, but you never know.”

Ancer, who finished second at the Wells Fargo Championship in May, played more aggressively on the second extra trip down the par-4 18th.

“I went right at it and the shot played perfectly in my mind and it came out just how I pictured it,” he said.

Harris English, the leader after each of the first three rounds, faltered on the back nine to give Ancer, Burns and Matsuyama a chance.

On the first extra hole, Ancer, Burns and Matsuyama, coming off a bronze-medal playoff loss in the Tokyo Olympics, made decent runs at birdies. Matsuyama had the shortest attempt — from 20 feet — and it nearly went in the cup before lipping out.

English was seeking the fifth title of his career — and third this season — but collapsed on the back nine. Ahead by 2 strokes at 20 under at the turn, he played the back nine in 5 over, missing a 13-foot birdie putt on 18.

Bryson DeChambeau, 2 strokes behind English after a third-round 63, had a 74 to tie for eighth at 12 under. He missed the Olympics after testing positive for COVID-19.