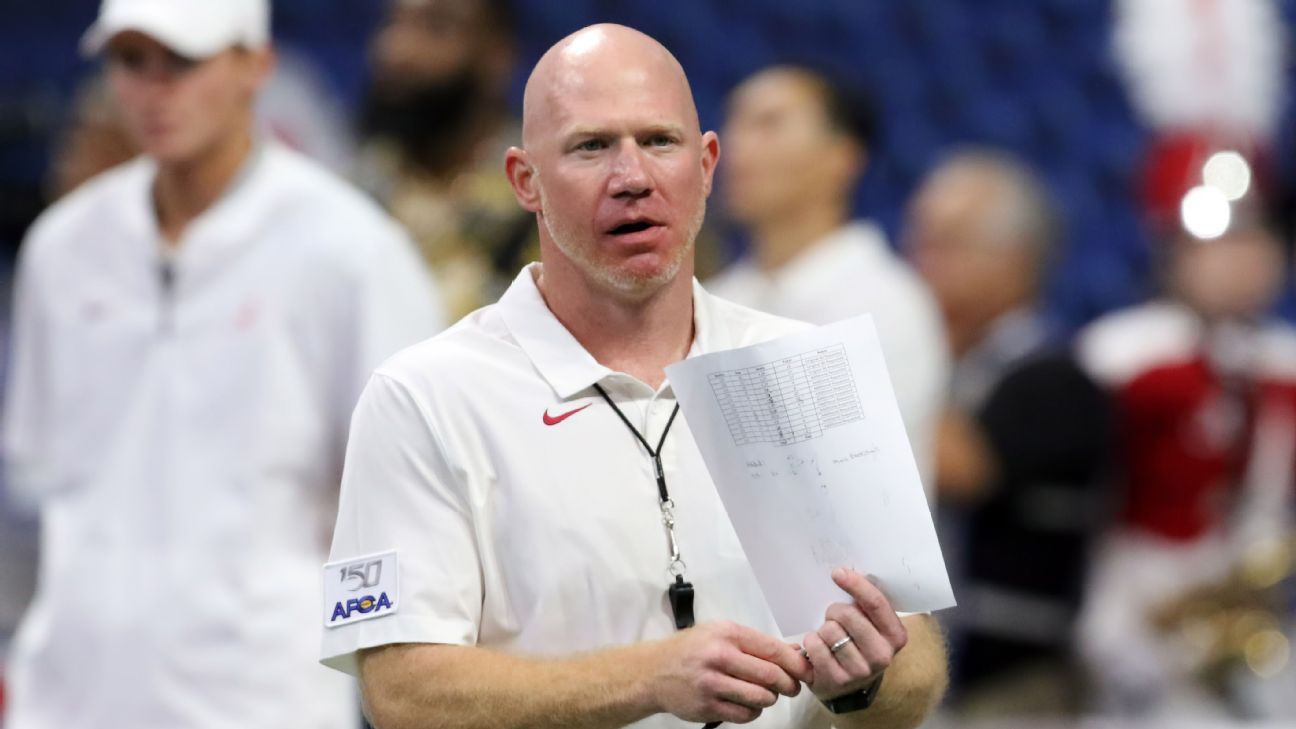 “Coach Cochran is currently dealing with health issues and is taking time to prioritize his mental health and well-being,” Smart said in a prepared statement. “We fully support him as he takes this time to focus on his well-being.”

It’s unclear how long Cochran, 42, will be away from the team, or what his long-term future with the program will be, a source told ESPN.

Georgia in February 2020 hired Cochran, the head strength and conditioning coach at Alabama under Nick Saban, in a move that was seen as a major win for Smart and the Bulldogs. Cochran had not been in an on-field coaching role until last season at Georgia.

Muschamp, a former safety at Georgia, spent the past five seasons as South Carolina’s head coach. He’s 55-51 as head coach at South Carolina at Florida, and has also served as a defensive assistant at Auburn, Texas and LSU, among other spots.

Peyton Manning, Michigan’s split title and the enduring conspiracies of 1997
The future is … this Saturday: Six (possible) stars in the making at UFC 282
Peter Handscomb Hopeful Of Earning Ticket For India Tour
Alcaraz youngest year-end No. 1 in ATP rankings
Tennis icon Bollettieri, coach for 10 No. 1s, dies