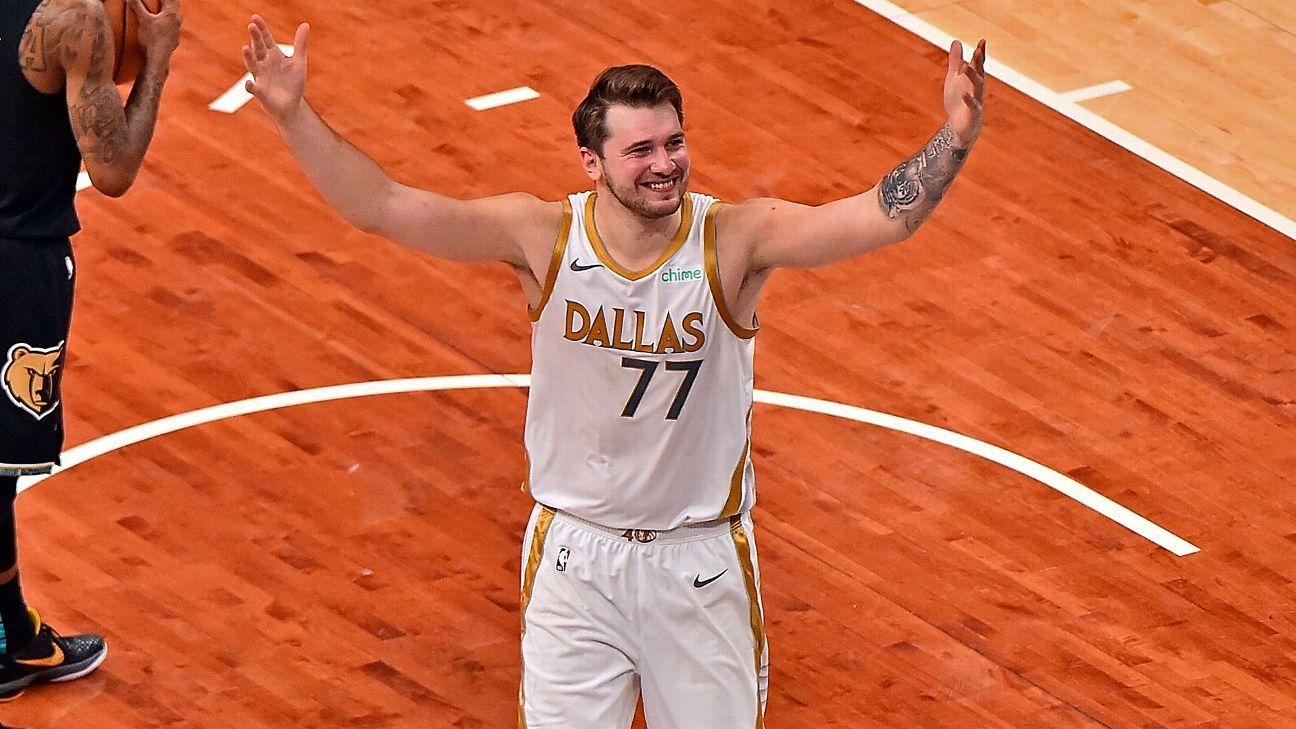 Early Tuesday morning, members of the Dallas Mavericks met with star guard Luka Doncic in a Slovenian hotel to officially put pen to paper on a five-year, $207 million contract extension. And hours later they were on a stage to announce it, with Doncic saying he “never had a doubt” about signing it.

“It’s a really special moment here. Thank you to Dallas for offering me this,” he said. “I still kind of don’t know what to say because I never imagined this happening. I was only dreaming to only play in the NBA, but now I can sign an extension with the Dallas Mavericks for five more years, which I never had a doubt about. I always wanted to sign this.”

Alongside Doncic at the dais were his agents, Bill Duffy and Quique Villalobos, Mavericks owner Mark Cuban, general manager Nico Harrison and coach Jason Kidd. Cuban opened his remarks with a statement in Slovenian as Doncic smiled.

“This is a big day,” Cuban said. “When we drafted Luka in 2018, we had an inkling he was good. But we never imagined he was this good. That’s the culmination of a lot of hard work on his part. He didn’t just show up, he put in the time his entire life.

“To be able to announce he signed an extension with the Dallas Mavericks and we want to have him copy — not copy, but have the same type of Hall of Fame career if not more than Dirk [Nowitzki], who’s sitting here in the front row.”

The 22-year-old guard has rapidly ascended to the top of the league, erupting as one of the NBA’s brightest stars. His contract is a landmark deal as the largest rookie extension in history because of his eligibility to get a designated max since he’s been named All-NBA twice.

In a 30-minute news conference, Doncic answered questions in Slovene, English and Spanish. An interpreter translated Doncic’s answers. Asked by a Slovenian media member what he will begin spending his money on, Doncic laughed.

“Yeah it’s a great sum, but I’m not still not thinking about this,” Doncic said, via the interpreter. “I haven’t bought myself anything worthwhile yet from this. But I need to process it more before I start spending.”

Waiting for the Olympics to conclude, where Doncic led his country to the bronze-medal game, a Mavs contingent traveled to Ljubljana, Slovenia, to present the contract offer.

“Just to confirm to Luka how important he is to us and how this is just the beginning,” Cuban said of the Mavs presenting the contract in person. “We want him to know we’re there for him, whether that’s here in Slovenia, in Dallas, or anywhere in the world. Part of this process is not only getting to know him, but getting to know what’s important to him. How he looks at things. Coming here, walking around the city and spending time with him and meeting the people of Ljubljana, that’s enabled us to take that first step.”

In Tokyo, Doncic was arguably the most outstanding player of the tournament, scoring 48 points in his Olympic debut and setting an Olympic record with 18 assists in a semifinal loss to France.

“It means a lot. It’s incredible,” Doncic said via interpreter about the Mavs coming to his hometown. “It says a lot about you guys coming here to Ljubljana. You’re great people and I’m very thankful this is happening.”

Doncic’s career started with Real Madrid where he became the youngest MVP in EuroLeague history in 2017-18. He was taken third overall in the 2018 draft by the Atlanta Hawks but immediately traded to Dallas for Trae Young and a future first-round pick.

“The first I heard of [Doncic] was when [Real Madrid] played the Thunder in a preseason game and I watched the game,” Cuban said. “Obviously there was a lot of talk about him and I think he scored on Russell Westbrook I think it was, or guarded Russell or something like that, and it got people’s attention. I followed him from there and we spoke about him a lot.”

Despite some internal turmoil with the Mavericks earlier in the summer, with longtime GM Donnie Nelson resigning and coach Rick Carlisle leaving for the Indiana Pacers, Doncic signing the extension was never really in doubt.

“First of all, how I feel about being in Dallas, it feels like a second home. It feels like home there, I feel great,” he said. “The people who work for the organization are great people. I just feel good there. I can say nothing else.”