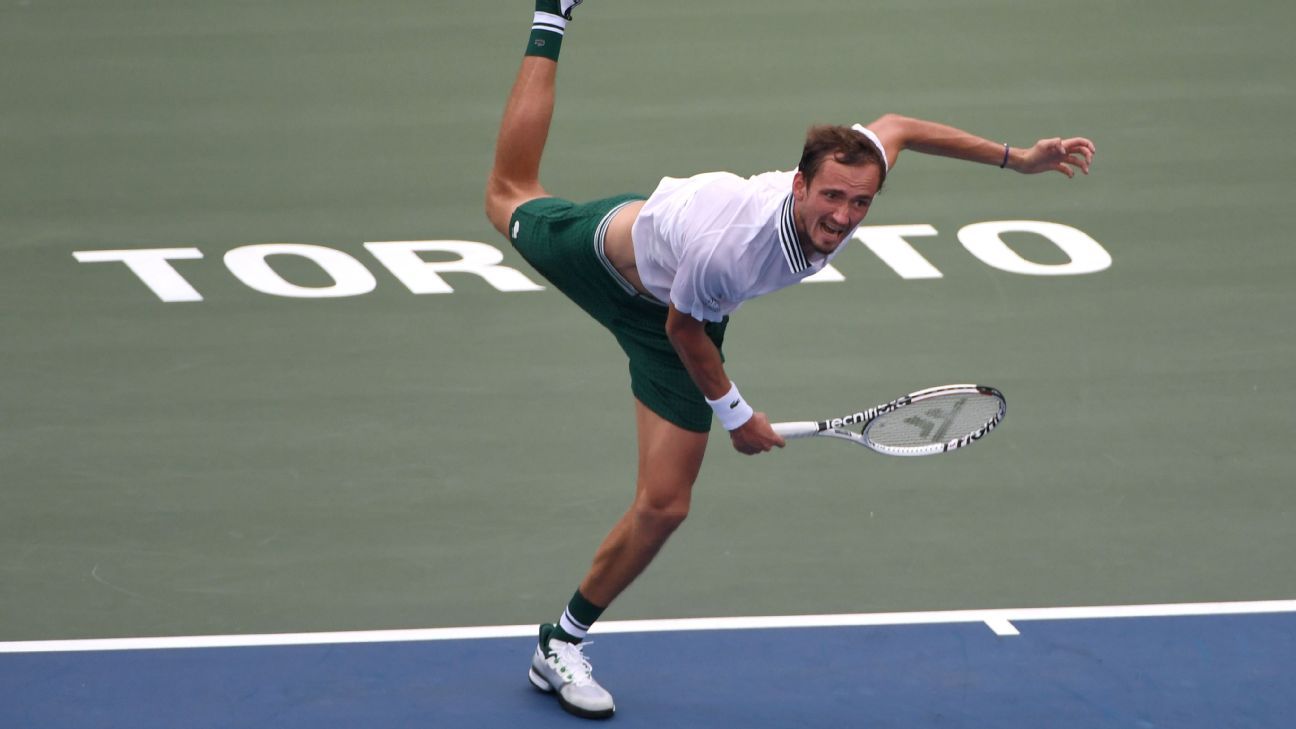 TORONTO — Daniil Medvedev advanced to the third round of the National Bank Open on Tuesday, defeating Alexander Bublik of Kazakhstan 4-6, 6-3, 6-4 in a match that was briefly suspended by rain.

Medvedev, ranked No. 2, lost to Rafael Nadal in the final of the Toronto event in 2019, the last year it was played. Nadal withdrew from the tournament on Tuesday with a foot injury.

On the women’s side in Montreal, Coco Gauff defeated Anastasija Sevastova, while Johanna Konta — returning from a tough stint with COVID-19 — defeated Zhang Shuai, who retired in the second set.