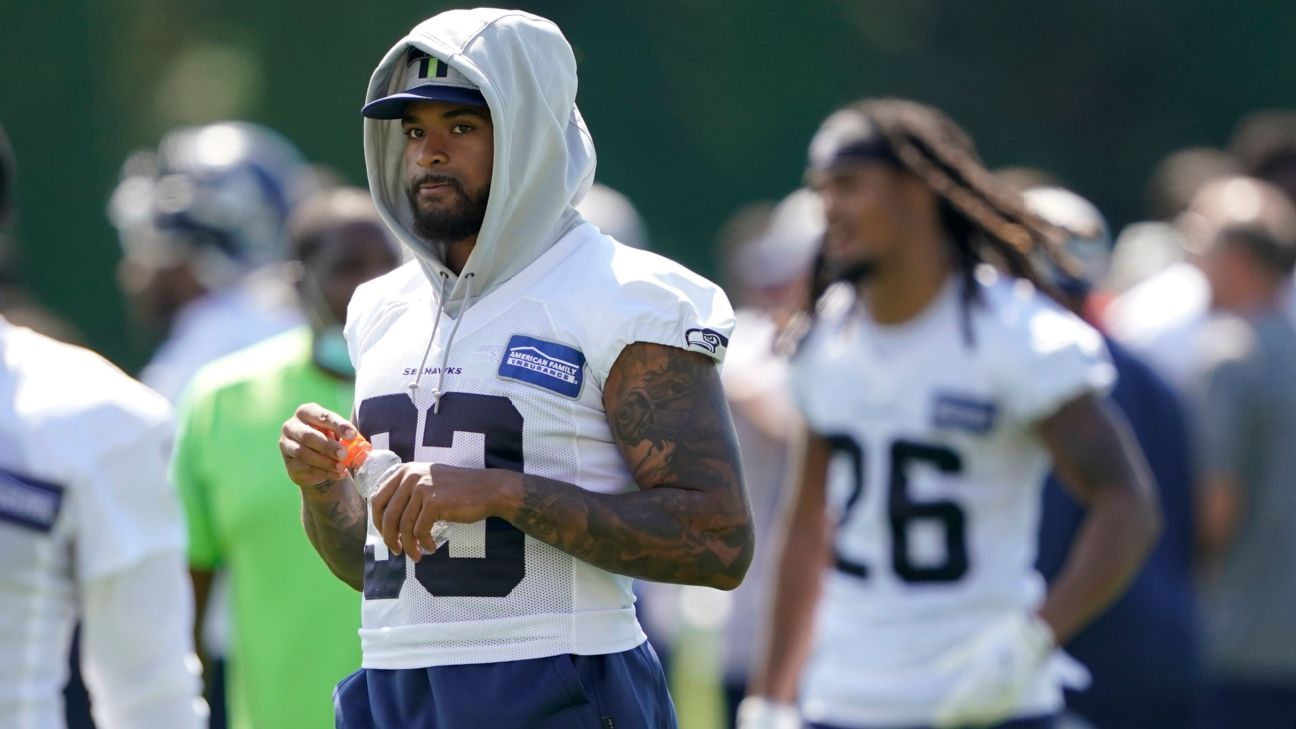 RENTON, Wash. — The Seattle Seahawks have made another contract offer to Pro Bowl strong safety Jamal Adams and are waiting on him to accept it, a source tells ESPN.

In the meantime, the organization and Adams’ agent have not spoken in several days, a source confirmed.

Adams is in line for an extension that would undoubtedly make him the NFL’s highest-paid safety, topping the $15.25 million per-year average of the Denver Broncos’ Justin Simmons. The Seahawks and Adams’ agent began negotiating early in the offseason and continued to do so through the start of training camp until their recent period of inaction.

Both Adams and left tackle Duane Brown reported to camp on time but have not practiced because of their unsettled contract situations, each remaining spectators Tuesday for Seattle’s 10th practice.

While it’s clear that the Seahawks plan to extend the 25-year-old Adams, it’s not clear if they want to do the same with Brown, a 14th-year veteran who turns 36 later this month. The Seahawks are not discussing a new deal with Brown at the moment, a source confirmed to ESPN.

Coach Pete Carroll was vague Tuesday when asked if an extension for Brown is under discussion or off the table, saying, “Nothing new is happening with that at this point.”

Carroll said simply “no” when asked if there’s anything new with Adams.

The Seattle Times first reported Tuesday that Seahawks general manager John Schneider and Adams’ agent have had not re-engaged in negotiations this week and that the team currently is in discussions with Brown. The Times also reported that quarterback Russell Wilson has told the team he’s willing to move money around in his contract in order to clear cap room for Adams and Brown extensions, which a source confirmed.

However, the Seahawks have long been wary of contract restructures that push cap charges into future years, doing so only twice — including with Wilson in 2017 — since Schneider and Carroll arrived in 2010. Another Wilson restructure would make him more expensive to extend or franchise tag when his current deal expires after the 2023 season. It would add to the already massive amount of dead money Seattle would incur if it traded him before then.

On Sunday, Wilson called Brown’s absence “pretty significant” and added, “We’ve got to figure that out because we need Duane Brown.”

Brown’s absence and injuries to three of his backups — Cedric Ogbuehi, Jamarco Jones and Tommy Champion — have pressed rookie sixth-round pick Stone Forsythe into action at left tackle. Carroll said Tuesday that Ogbuehi is likely to miss another couple of weeks with a biceps strain.

In June, Carroll expressed the organization’s expectation that a deal would get done with Adams, even if not before the start of training camp. He said after the first practice of camp that he was hopeful Adams’ extension would get done “very soon.”

But with no deal yet, Adams still isn’t practicing. He has appeared engaged and in good spirits as he has watched from the sideline, offering instructions to younger defensive backs, dancing, celebrating big plays by Seattle’s defense and waiving to fans.

Adams is represented by agent Kevin Conner, who negotiated cornerback Tre’Davious White‘s four-year, $69 million extension with the Buffalo Bills last year. That deal was not completed until a week before the season opener.

Simmons became the league’s highest-paid safety when the Broncos gave him a four-year, $61 million contract in March that includes $35 million in guarantees.

For now, Adams is set to make $9.86 million this season, the final year of the rookie contract the Seahawks inherited when they acquired him from the New York Jets last summer for a package of picks that included two first-rounders.