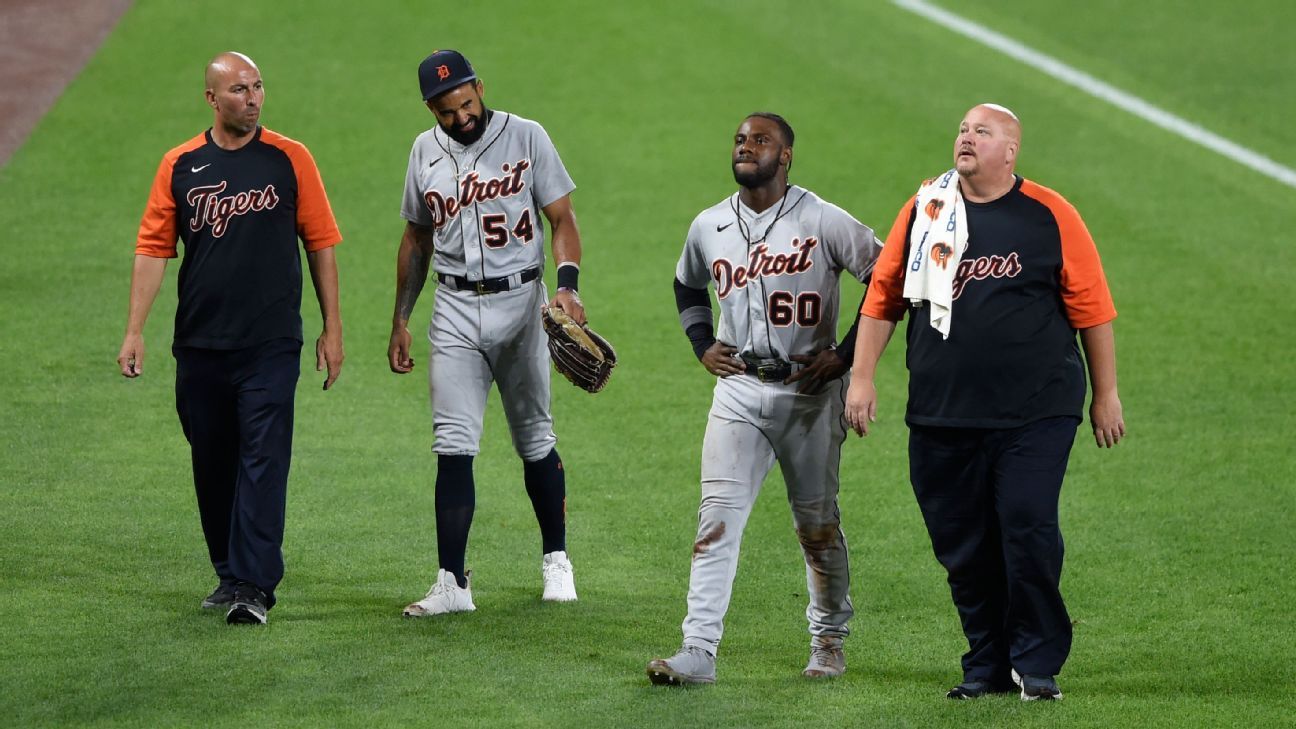 BALTIMORE — Detroit Tigers outfielders Derek Hill and Akil Baddoo were being evaluated for injuries following their frightening collision while chasing a flyball Tuesday night in Baltimore.

Hill and Baddoo both took off after Anthony Santander‘s drive to left-center field in the eighth inning. Each player reached for the ball — and then they collided, sending Baddoo’s cap flying.

“It was a nasty collision. It was a ball hit probably in the perfect spot for both guys to be going full speed, and both with a chance to catch it,” Detroit manager A.J. Hinch said following his team’s 9-4 win. “You don’t see it a lot at this level. When you see them, they’re nasty.”

Hill did make the catch when he and Baddoo ran into each other on Santander’s flyball. Both outfielders left the game, although they were able to walk off the field after a bit of a delay.

“Obviously not good,” Santander said through an interpreter. “I’m an outfielder, and I can definitely relate to that. You really don’t want to see something like that.”

Hinch said Baddoo was being checked for a concussion and a shoulder injury and might need a few days off. Hill was having his ribs checked.

“When I got out there, obviously a couple trainers out there with me, both guys were pretty beat up and in a lot of pain,” Hinch said. “Very scary incident.”