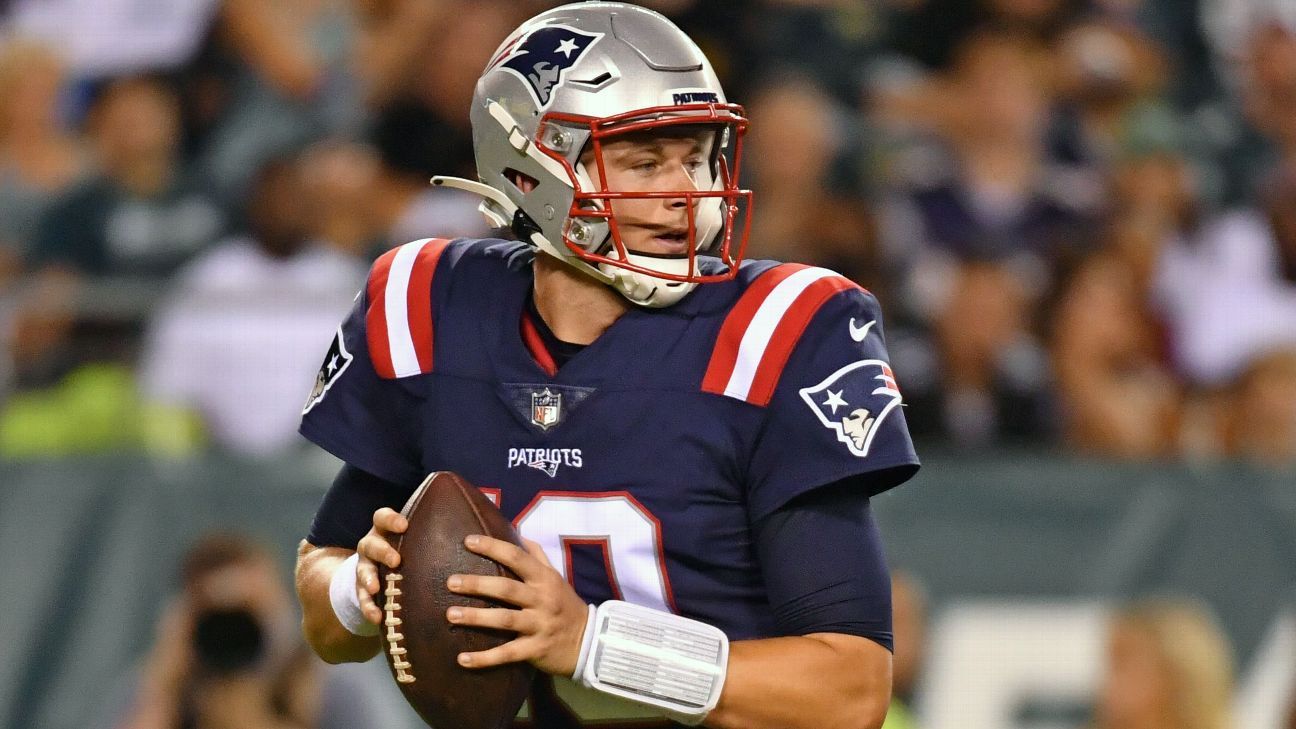 FOXBOROUGH, Mass. — New England Patriots coach Bill Belichick always said he would be looking for consistency and production over time when it came to evaluating the quarterback competition between Cam Newton and Mac Jones.

Newton was released Monday and Jones, drafted No. 15 overall in the first round this year, was named the starter. He had been steadily making up ground on Newton during training camp. The news put Jones among the favorites to be the league’s Offensive Rookie of the Year, and it makes him one of three former Alabama quarterbacks who are projected to start in Week 1, along with Jalen Hurts (Philadelphia Eagles) and Tua Tagovailoa (Miami Dolphins).

The turning point that truly tilted things in Jones’ favor was when he took over for three practices last week as Newton was absent for a COVID-19 protocol “misunderstanding.”

Players responded to the 2020 Heisman Trophy finalist. The offense under Jones looked Patriot-like, with empty formations, tempo and alterations at the line of scrimmage that were commonplace when former quarterback Tom Brady was at the controls. And in a bit of irony, the transition to Jones was in some ways similar to what unfolded in 2001 when Brady seized the job from Drew Bledsoe.

Bledsoe was the Patriots’ starting quarterback, but Brady was coming on strong and played the position more to Belichick’s liking — with trademark accuracy and decision-making. Those close to the scene then believed it was more a matter of “when” than “if” Brady would take over, and an injury to Bledsoe opened that door sooner than anticipated.

The door swung open for Jones during a preseason joint practice with the New York Giants. On that day, it felt like a significant moment had taken place, and Jones — who got into a “game flow” and carved up the Giants — was ready to carry the QB torch.

The primary question by last Sunday’s preseason finale was if Belichick felt it was too early to throw the 22-year-old into the regular-season fire.

More people play on ESPN than anywhere else. Join or create a league in the No. 1 Fantasy Football game! Sign up for free >>

That would have been the main reason to stick with Newton — to protect Jones. And it would have been understandable if Belichick went in that direction, balancing Jones’ long-term development with the short-term goals of winning games that count.

But through a methodical, consistent approach, Jones proved to Belichick that risk didn’t outweigh the reward. He can handle it, and perhaps nothing showed it more than those three practices without Newton.

It isn’t that Jones hasn’t made mistakes. He has had plenty, like all rookies do. But it’s how he has responded to them that endeared him to teammates and coaches. By correcting them and usually not making them again, it allowed the Patriots to keep building and run an offense that gradually looked like the Brady-led one.

It seldom, if ever, looked like that with Newton, which isn’t a surprise because that isn’t his game. So playing with Newton would have required a different approach.

Jones, whose hallmarks are also accuracy and decision-making, took advantage of his opportunity when Newton was absent because of the “misunderstanding.”

But that certainly didn’t hurt.