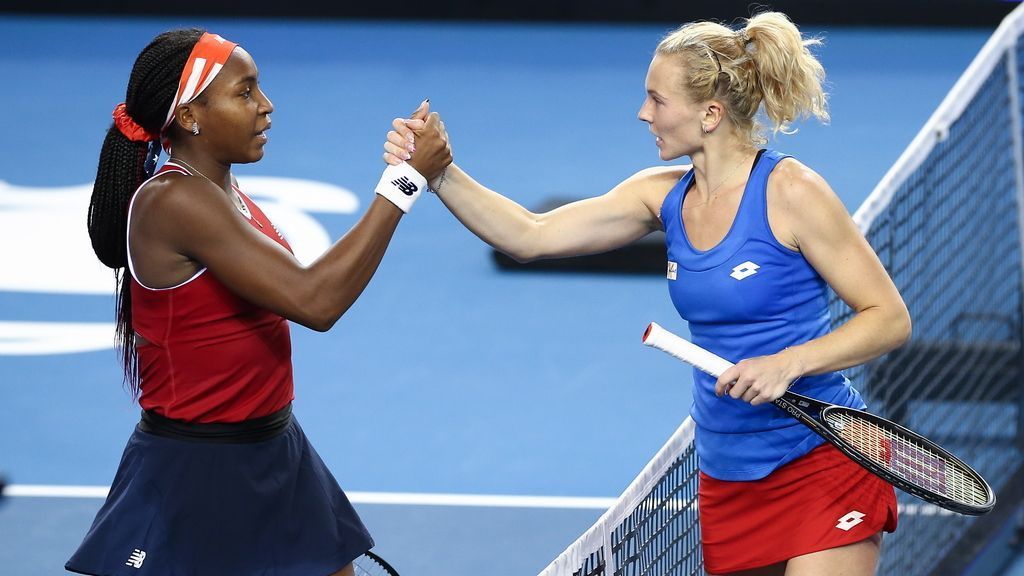 The Czechs will meet Switzerland on Saturday in Glasgow after the Swiss beat Canada 2-1. Fellow group winners Australia and Britain meet in the other semi.

No. 7-ranked Coco Gauff and No. 14 Danielle Collins were expected to roll over the Czechs in their singles but neither could win a set.

Collins was overwhelmed by Marketa Vondrousova 6-3, 6-3. The latter won eight games in a row from 3-1 down.

Vondrousova only recently returned to the tour after six months out following wrist surgery. In her second minor comeback tournament last week in England, she won the singles and doubles and carried the form to Glasgow.

Golubic stood in for Jil Teichmann, who was on court for four hours Wednesday. The switch was inspired as Golubic refocused in the second set, broke early and held her ground.

Fernandez beat Bencic in the tournament two years ago but Bencic won their most recent contest last month in Guadalajara and carried it on.

30 MLB teams, one big move: What your favorite squad should do to win the winter
Seven Spartans players charged in tunnel melee
Offensive Player of the Year predictions and pros and cons for 10 favorites
USA-Iran oral history at the 1998 World Cup: Political tension, teammate betrayal and humiliation
Judging overreactions at the NHL’s quarter mark: 70 goals for McDavid, Bruins the Cup favorite?