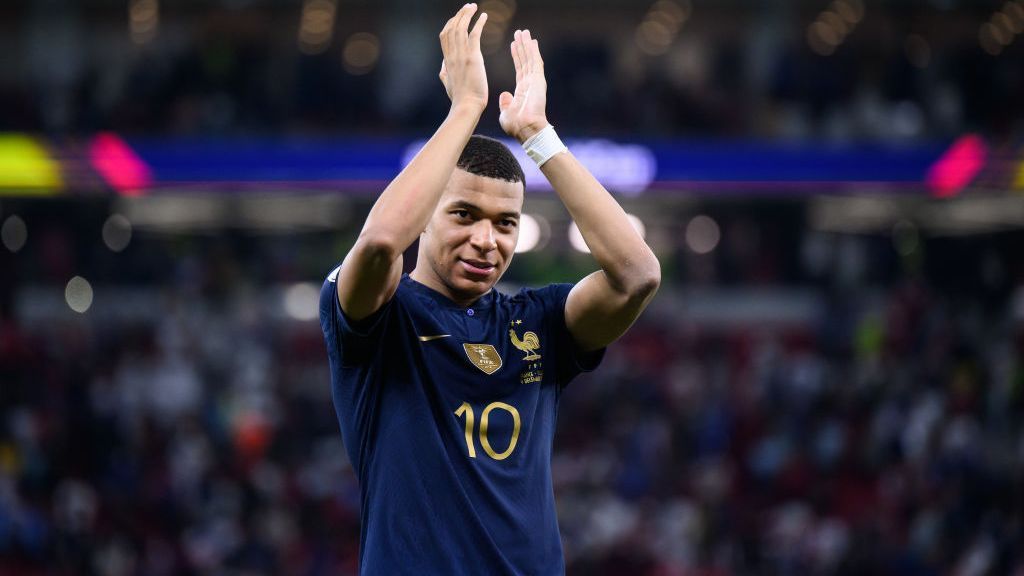 Kylian Mbappe said he is having the “competition of my dreams” at the World Cup after two goals in France‘s 3-1 win against Poland sent the world champions into the quarterfinals and left opposing coach Czeslaw Michniewicz billing him as the natural heir to Lionel Messi and Cristiano Ronaldo.

Mbappe, who helped France win the 2018 World Cup in Russia, moved into pole position in the race for this tournament’s Golden Boot with his two goals taking him to five so far in Qatar.

– Ogden: Giroud makes history, Mbappe stuns as France move on
– World Cup bracket: Who plays whom in the knockout round?

His double at Al Thumama took him to nine all-time World Cup goals — one more than Ronaldo and tied with Messi — and his five knockout-stage goals mean only he and Pelé (six) have scored that many before the age of 24.

Speaking after the game, which sealed a last-eight tie against England, who beat Senegal 3-0 in the late game on Sunday, Mbappe said he is enjoying every minute of this tournament.

“This is competition of my dreams, and I am delighted to be here,” Mbappe said. “I have prepared all season to be ready.

“When I didn’t speak to the media in the early rounds of this competition, it was because I just needed to focus on tournament and my football. When I want to concentrate, that’s how I function, but when I was told the French Federation would be fined, I paid it myself because it was my responsibility.

Despite identifying Mbappe as France’s key player, Poland coach Michniewicz said that in this form the Paris Saint-Germain star is unstoppable. Michniewicz added that Mbappe is destined to be football’s next big superstar.

“Messi, Ronaldo and [Robert] Lewandowski,” Michniewicz said. “Somebody is going to take over, and I think he [Mbappe] is going to be the best one for many years.

“He hurt us. When you play against France, you need to have two players on Mbappe at all times.”

In addition to scoring twice, Mbappe teed up Olivier Giroud to open the scoring and claim the goal that sent him clear of Thierry Henry as France’s all-time record goal scorer.

But coach Didier Deschamps suggested after the game that Mbappe wasn’t at his best during the 90 minutes.

“He didn’t have his best match,” Deschamps said. “He recognises that himself, but he can change a game in a moment France needed a great Kylian Mbappe tonight and we got one.”

Deschamps was keen to praise Giroud, however, after he moved ahead of Henry with his goal.

“In the past, he had difficult parts of career, but he remained mentally strong. To score so many goals at international level is an achievement, although the guy next to me [Mbappe] may break it one day.”