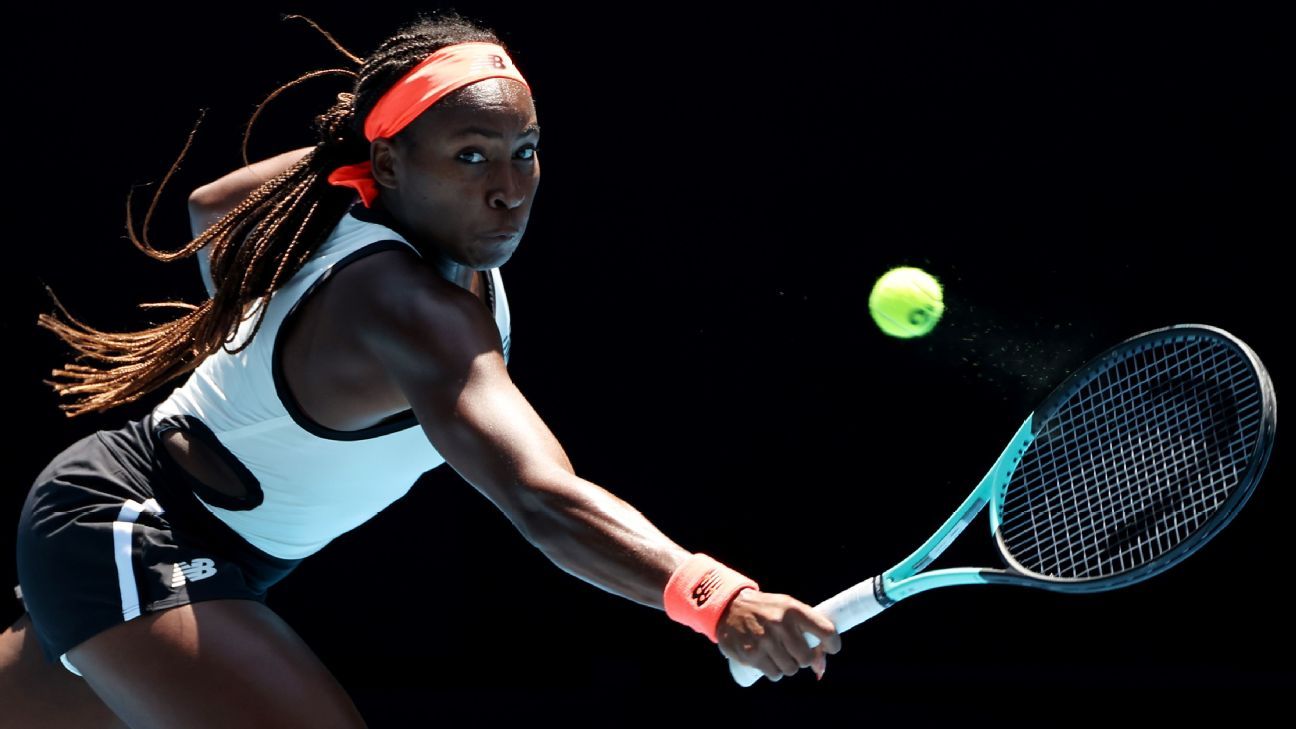 MELBOURNE, Australia — Coco Gauff didn’t hide her disappointment at a fourth-round exit during the Australian Open, briskly walking from Margaret Court Arena and later tearing up in her postmatch news conference. But still just 18 years of age, the world No. 7 knows she can’t win every match, every day.

“After every loss, I pretty much learn something — and every win too,” Gauff said upon falling in straight sets to Jelena Ostapenko of Latvia.

“Today, I learned a lot. [I’m] a little bit frustrated, but I think I’ll rewatch and see where I went wrong.”

Ostapenko was at her aggressive best, walloping 30 winners and denying Gauff on break point in seven of eight opportunities given to the American player. Ostapenko, the 2017 French Open champion, took advantage of break point opportunities of her own, going three from three in the match.

“When you play a player like her and she plays really, well, it’s like there’s nothing you can do,” Gauff said.

After a breakthrough year in 2022 in which she made the final of the French Open, Gauff has started 2023 on an incredible note. She notched eight straight wins, collecting the WTA title at the ASB Classic in Auckland, New Zealand, prior to shifting her attention to Melbourne and the Australian Open.

She had her eyes on a first Grand Slam title and said she was disappointed at the way it ended.

“I think [I’m frustrated] because I worked really hard and I felt really good coming into the tournament, and I still feel good. Like, I still feel like I’ve improved a lot,” Gauff said.

“I think Jelena played really good tennis, and she played really aggressive. I feel like everything was working for her today. I tried my best in the moment to combat that. There was a couple of things I could have improved on, but overall, I think she deserved to win today.”

Gauff is no longer the 15-year-old unknown who made headlines by beating Venus Williams, among others, on her way to a fourth round at Wimbledon. She is now a Slam finalist and a WTA tour finalist, and she carries a weight of expectation at majors.

Earlier this week, Gauff revealed she is going to hold off on college classes for a while as she looks to maintain and improve on her top-10 ranking.

“[College] is something I want to do in the future. I’m not doing anything right now. I said I want a year of being on tour and just being tennis — and seeing how I feel,” she said earlier in the week.

Her next few months are quite big in the context of her season and her ranking.

She’ll rise one place to world No. 6 after Maria Sakkari lost in the third round in Melbourne, but Gauff will need to defend the points she earned from a deep run to the final at Roland Garros last year, and, prior to that, her third- and fourth-round berths at Indian Wells and Miami.

But for now, her attention turns to the doubles portion of the tournament with compatriot Jessica Pegula, who is through to a third straight Australian Open quarterfinal after defeating Barbora Krejcikova in straight sets on Sunday.

“I think doubles has taught me how to play, after losing, how to play with frustration, and that’s what I felt like today,” Gauff said.

“So I feel like it will help me in the future. You know, bouncing back from a loss is difficult in a Grand Slam, but I’m looking forward to tomorrow.”