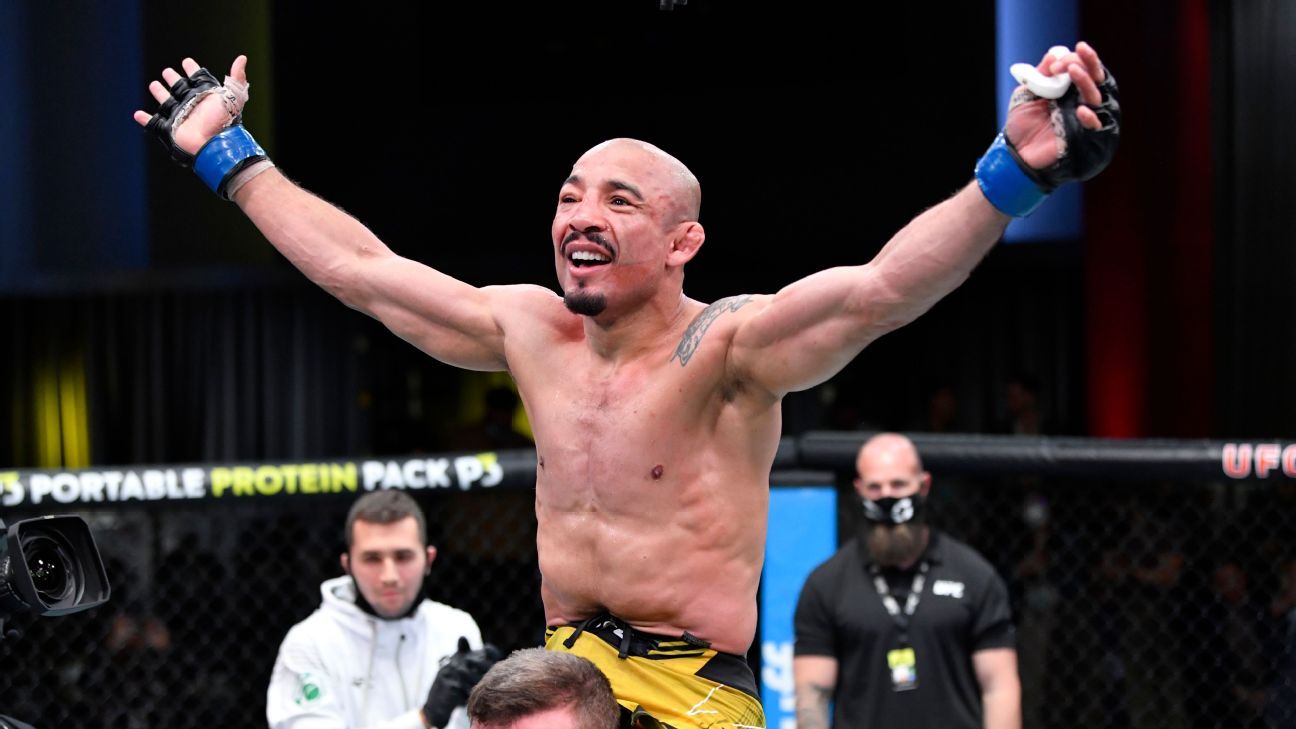 Jose Aldo, the longest-reigning featherweight champion in UFC history, will be inducted into the promotion’s Hall of Fame later this year.

Aldo, 36, retired from the UFC in September, one month after losing to Merab Dvalishvili in a highly ranked bantamweight fight. Had Aldo won that fight, he might have moved on to fight for a UFC title one more time.

Although he officially retired from MMA and was removed from the UFC’s rankings, Aldo has left the door open to competing in a boxing match.

Born in Manaus, Brazil, Aldo rose to 145-pound superiority in the WEC, where he won his first major championship by knocking out Mike Brown in 2009. He defended the title twice before the UFC brought the division into its fold and crowned Aldo its first-ever featherweight champ.

Aldo (31-8) won 18 consecutive fights from 2006 to 2014 and defended the UFC featherweight title a record seven times. His championship run came to a close in 2015, when he suffered a stunning 13-second knockout to rival Conor McGregor. He reclaimed the title seven months later by defeating Frankie Edgar, but lost it a second time in his next fight to Max Holloway.

Still widely considered the greatest featherweight of all time, Aldo dropped to the 135-pound bantamweight division in 2019 to try to win a second belt. He challenged Petr Yan for the vacant belt in 2020 but lost via fifth-round TKO.

Why we might have to wait until 2024 to see Artur Beterbiev vs. Dmitry Bivol in a must-see matchup
Kiley McDaniel’s top 100 MLB prospects for 2023: Which future star is No. 1?
Big 12 football schedule release: Every game for every team in 2023
Signing day updates: Top college football recruits announcing their commitments
Ancer leads in Saudi as DJ (back) withdraws