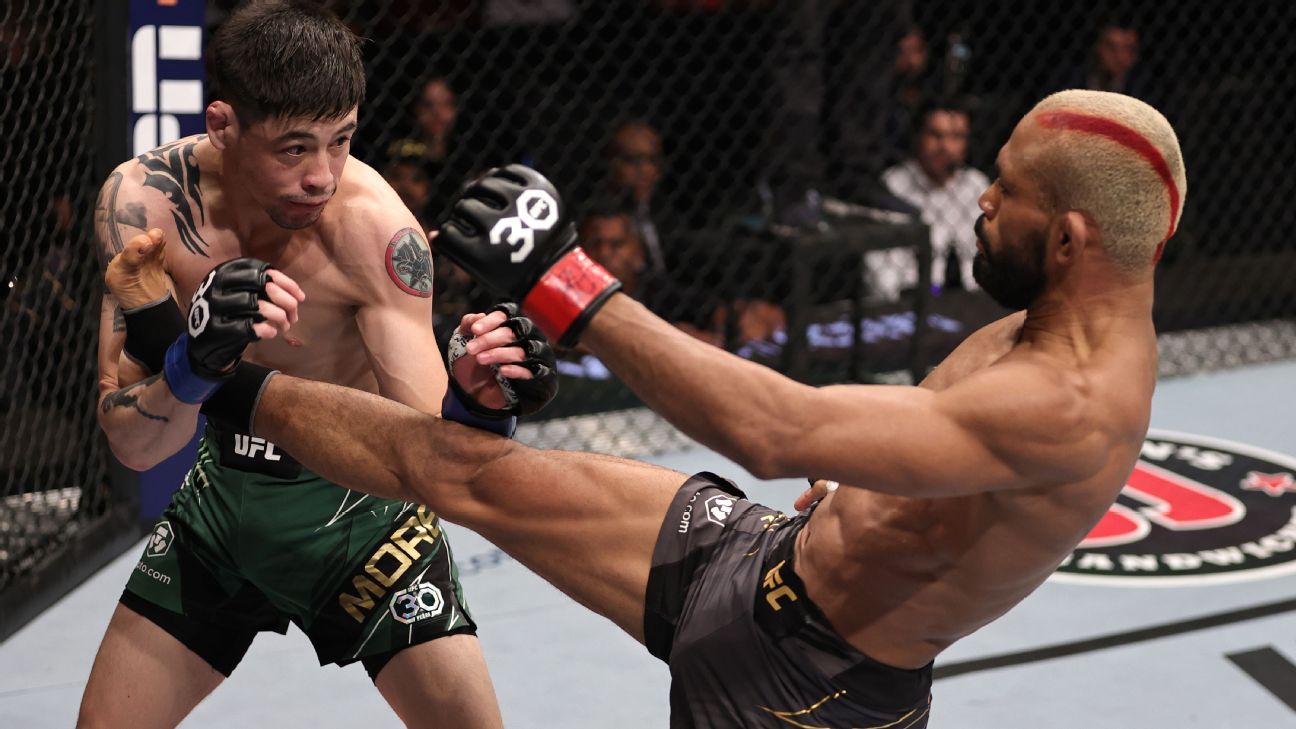 The first tetralogy in UFC history came to a close on Saturday, as Brandon Moreno finished Deiveson Figueiredo in their fourth meeting in a span of 25 months.

A cageside physician waved off the flyweight title fight before the start of the fourth round, after Figueiredo’s right eye closed from swelling caused by a Moreno left hook. The 125-pound title unification bout co-headlined UFC 283 inside Jeunesse Arena in Rio de Janeiro.

The finish was somewhat unfortunate, in that such an important fight was stopped due to injury, but the injury was clearly caused by a legal punch from Moreno.

Figueiredo (21-3-1) reached for the right eye immediately after Moreno landed the left hook, protesting what he thought might have been an eye poke. The punch had a devastating effect on the Brazilian. He fell to his back shortly after the shot and spent the rest of the round in a defensive mode off his back. The eye was badly swollen and bloodied.

The victory closes out the first tetralogy in UFC history. The two first met in December 2020, when Moreno fought Figueiredo to a draw as a massive underdog. Moreno won the rematch in June 2021, before dropping a close decision in the third fight last January.

Immediately following the loss, Figueiredo, 35, said he intended to move up to the 135-pound division.

Moreno mixed up his offensive attacks well, although Figueiredo did force him to defend dangerous submission attempts in the first and second rounds. Figueiredo caught him in a guillotine in the opening seconds of the fight, and again with the same submission in the second round. He also looked for a heel hook at the end of the first round.

Moreno showed good composure in enemy territory, however, and started to find his range with left hooks to the body and head. The doctor’s stoppage result was the first time that has happened in a UFC title fight since Max Holloway defeated Brian Ortega in a featherweight title bout in 2018.